A Hunting We Will Go! 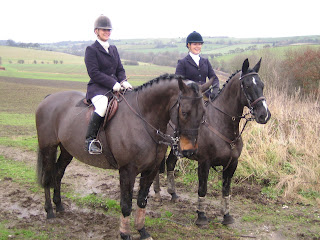 The new hunting season is now underway, the last, one hopes under the Hunting Act, a piece of crass legislative spite; bad law by a dreadful government. The Countryside Alliance, made up of people who actually understand rural pursuits and pastimes, is reporting a record increase in the number of people urging that this stupid and unworkable law is repealed at the earliest opportunity.

Just think about it; just think how much effort Blair and his cronies put in to the Hunting Act, seven hundred hours of Parliamentary time, that’s more than the war in Iraq! What has this achieved? Why, there have been exactly three successful prosecutions against hunts in the five years it has been in force, the last of which was in January, 2007. It has done absolutely nothing to diminish interest in hunting, which grows by the season.

Hunting to hounds is part of an ancient English tradition that this government tried to kill. Well, it hasn’t and it won’t, another mark in our commitment to basic liberties, our right not to be preached at by a shabby shower of political opportunists who have not the first clue about rural England. Yes, it’s true; the ban on hunting was driven by class politics and prejudice, not animal welfare, as Simon Hart, the chief executive of the Countryside Alliance, recently remarked. He went on;

Getting rid of the Hunting Act would be a public benefit. It has wasted thousands of hours of police time and millions of pounds of taxpayers’ money. Opinion polls show that less than three in ten people think that the Hunting Act is working.

David Cameron has consistently repeated the commitment to a free vote on a government bill in government time to repeal the Hunting Act and almost all Conservative MPs and candidates in marginal seats support repeal. Meanwhile increasing numbers of Labour and Lib Dem MPs accept the Hunting Act has failed.

“Horse and Hound” noted in a recent issue support for hunting remains as strong as ever. The evidence for this is overwhelming. During the Hunting Newcomers Week last month some 5000 first-timers joined their local hunts, and, believe me, these people come from all sections of the community, not just the traditional hunting classes. Yes, our time returns. :-)

OH! pleasant exercise of hope and joy!
For mighty were the auxiliars which then stood
Upon our side, we who were strong in love!
Bliss was it in that dawn to be alive,
But to be young was very heaven!--Oh! times,
In which the meagre, stale, forbidding ways
Of custom, law, and statute, took at once
The attraction of a country in romance! 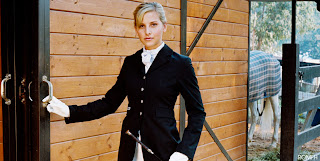