The Princess in the Tower

Ingeborg of Denmark is, perhaps the least fortunate of all the Medieval brides, a woman whose life was blighted for reasons that are still not entirely clear.

Those familiar with the tribulations of Katherine of Aragon may be interested to know just how 'fortunate' she was compared with Ingeborg, married to Philip Augustus on August 15, 1193, only to be rejected a day later. At the time Philip's only declaration was that he wished the marriage dissolved for 'bodily reasons'. His assumption is likely to have been that the whole matter would be over quickly; but he reckoned without the determination of the Danish princess, which had the effect of dragging the whole business out for twenty years, involving France in a dispute with the Papacy in the person of Innocent III, not a man to be tangled with lightly. Ingeborg was to be held prisoner in the castle of Étampes for more than ten years, from whence she wrote a heart-breaking letter to Innocent;


Set me free, from those who hate me, so that I shall not drown in the deep waters since I am being pursued for no reason. It is my master and husband, Philip, the famous king of the French...who wishes to scoff at my youth. Through isolation in prison he continues to torment me through his men...so that I shall conform to his wishes against the law of marriage and the law of Christ...I suffer from innumerable and unendurable indignities. No one dares to visit me, not even monks or nuns in order to comfort me, neither can I hear the word of God to strengthen my soul nor confess to a priest...I do not get sufficient food...I have no medicines to bear the weakness of humankind...I am not allowed to have a bath...I do not have enough clothes, and those I do have do not befit a queen...the detestable people who surround me, by order of the king, never give me any kind words, but torture me with sneering and offensive words...these things and others...make me tired of living.

History abhors a vacuum, and the gaps in this story have been filled with a variety of explanations. Amongst other things, it has been suggested that Philip may have suffered from temporary impotence on his wedding night, and developed an aversion to Ingeborg as a result, though she was always to adhere to her claim that the marriage had been consummated. We do know, though, that Philip came back from the Third Crusade with some unspecified disease, which seems to have affected his mental condition, bringing on periodic panic attacks. He even convinced himself that Richard I had arranged with the Assassins of Syria to have him murdered. However, the specific cause of his sudden rejection of Ingeborg cannot be determined with any degree of certainty.

Politically Philip's actions weakened his relationship with the Vatican, at the very apogee of its Medieval greatness. In 1213 Ingeborg was finally reinstated as Queen of France, although not as Philip's wife, thus ensuring he could be reconciled with Innocent. The Wikipedia article says that the reason for his action was to allow him to press his claim to the throne of England through his connection with the Danish crown, though no source is given for this statement. Besides, he had earlier tried to get the Danes to accept this claim as part of the marriage negotiations, though this was rejected by Canute VI, Ingeborg's brother 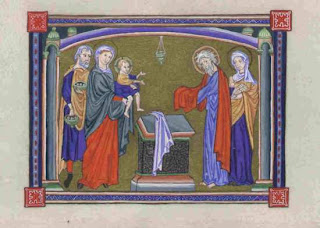 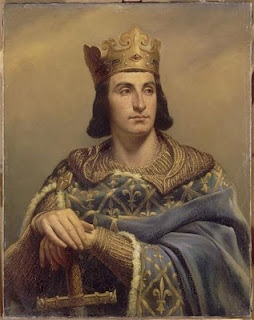