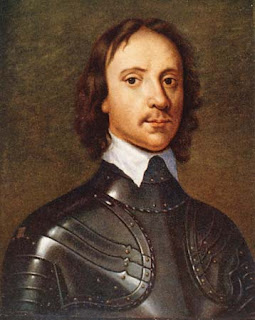 A figure as controversial and devise in English history as Oliver Cromwell must have been the source of many murderous thoughts but the only assassination plot I am aware of is that conceived by Edward Sexby and Miles Sindercombe, and it came not, as one might expect, from the Cavalier and Royalist right, but from the Leveller and Republican left. Sexby and Sindercombe were, in effect, Cassius and Brutus in an English guise, determined on the destruction of the new Caesar. Sexby was to publish a pamphlet before his death, under the title Killing, Noe Murder, a detailed justification of tyrannicide.

Sexby, a former officer in the New Model Army, and an ardent republican, was the driving force behind the whole plot. He had been deeply angered by the coup of April 1653, which saw the end of the Commonwealth of England and the eventual elevation of Cromwell into the semi-regal position of Lord Protector. From this time forward Sexby plotted to remove the 'apostate', as he referred to Cromwell, by one means or another. His hatred of the English dictator led him into the oddest of alliances. In 1655 he left England after one of his intrigues went wrong, immersing himself in a variety of cloak-and-dagger schemes among spies and plotters of all kinds, even making contact with the court of the exiled Charles Stuart.

Sexby initially wanted to lead a military invasion of England, but realised that such a thing would never work in view of the military strength of the Protectorate; so the murder of Cromwell became the key part of his whole strategy, which was to create a political vacuum into which he and his colleagues could step. As he noted to a correspondent "either I or Cromwell must perish." To further his aims he even tried to persuade his Royalist contacts that he himself favoured a restoration of the ancient monarchy.

While in Flanders, Sexby made contact with Sindercombe, a former Leveller, and a man just as passionate in his hatred of the usurper. Sexby promised to provide arms, ammunition and money, and, in return, Sindercombe promised to arrange the assassination, returning to England in 1656. It was then that things started to go wrong, for one reason or another.

One scheme failed because Cromwell, whose usual practice was to leave town at the weekends for Hampton Court, decided to remain in Whitehall because of pressure of business. Others followed, which also came to nothing, either because of a failure of nerve or an absence of opportunity. As is usual with these things, the more people who became involved, the more difficult it was to keep matters secret, and John Thurloe, Cromwell's secretary and spy-master, picked up the rumours.

As a last act of desperation, the plotters planned to burn the Palace of Whitehall, killing Cromwell and everyone else, guilty and innocent alike. In the fashion of Guy Fawkes, the terrorists-and it now seems fitting to use this word-planted a device in the palace chapel in January 1657. All the while they were being watched by Thurloe's men, who now made their move. Sindercombe eventually killed himself while a prisoner in the Tower of London, but not before revealing Sexby's part in the plot.

Not long after Killing, Noe Murder appeared on the streets of London, in justification of Sindercombe's actions, and arguing that if Cromwell really wanted to serve his country he should do so by dying as quickly as possible. Three hundred copies of this seditious pamphlet were seized in the city on 27 May alone. Sexby himself came to England in disguise, only to be captured, dying of disease in the Tower in January 1658.

His real legacy was in his theoretical defence of political murder, which still has some resonance today. For Sexby tyrants had placed themselves beyond the law, and therefore the scriptural precepts and ethical imperatives against murder no longer applied. In the place of God and the morality Sexby substituted political necessity. He did not invent political assassination; for that is as old as human history. He did, rather, provide a theoretical defence for the indefensible, and an abiding notion that, in certain circumstances, the ends will always justify the means. 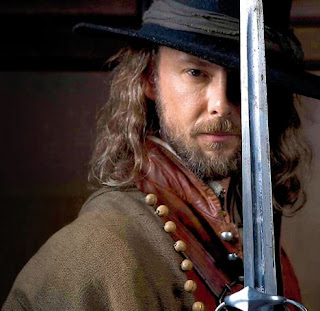