Flaming Internet; the Charge of the HobNob Mob 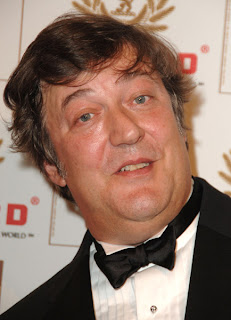 I love old horror movies, really old ones, the old black and white flicks with people like Boris Karloff. I’m sure people will have seen some of the original Frankenstein movies. Quite often there are scenes of indignant mobs out with flaming torches, hunting down the monster. But that’s so old-fashioned, don’t you agree. The mob is still with us of course, but it has long since lost the torches. Now it expresses it’s righteous indignation on the internet, haunting down the creatures who have happened to offend, hunting in a mood of righteous indignation; hunting like a pack.

I became aware from reading reports over the weekend of the power of the mass tweet, the power of the self-righteous pack. It was turned recently on Jan Moir of the Daily Mail, who was hunted down in something called ‘trending’ over her article on the death of Stephen Gately. Trending, as I understand it, is a way of uniting ‘tweets’ around a particular topic. Those who united in this particular witch-hunt (yes, it was a witch hunt) included Stephen Fry, who managed to harness the voice of a least a part of his mass following. I understand this man is approaching the status of a ‘national treasure’, though I think of him more as a fat, self-regarding creep. No matter; he tweets and twits follow.

We face a new danger, the instant anger of the HobNob mob, as Nick Cohn put it in his column in The Observer. HobNobs? Ya, this refers to the ‘biscuit’ episode of the BBC’s This Week politics show, hosted by Andrew Neil with Michael Portillo and Diane Abbott as regular guests. Oh, for those who do not know her Abbott happens to be black, a point material to the tale I’m about to unfold. Anyway, Neil introduced the show by mocking Prime Minister Gordon Brown, who failed to respond to a question about his favourite biscuit. Well, a man who watches the X Factor surely has a favourite biscuit! Neil went on to introduce Abbott and Portillo as “our very own chocolate HobNob and custard cream of late night telly.” Immediately complaints about Neil’s ‘racism’ were lodged by some humourless ‘get a life’ losers, though he did not write the script. Instead of telling them to eff off the BBC in its new mode of abject cowardice pulled the broadcast from its iPlayer repeat.

You see, the thing they are afraid of is the kind of mass campaign that saw the immolation of Jan Moir. Protests of this kind are now virtually instant. There is no need for the hard work of the past, the hard work of organising, campaigning and writing; just find likeminded folk on Facebook and Twitter and a-trending we will go with a sudden ‘flash mob.’ You may not like what Jan Moir wrote but I, for one, would defend her right to write. So, too, would Matthew Parris, so he did in last week’s Spectator, and who is better qualified to comment on such matters?

The problem is that these surges of indignation are a threat to free speech in general. Newspapers don’t make money from readers; they make money from advertisers. In a sign of a new and frightening trend, Marks and Spencer responded to the Twitter campaign against Moir by pulling its advertising from the Mail. Is this a sign of things to come? Will editors have to veto comment for fear of losing revenue? Are we to have thousands of censors instead of one? Are we on the threshold of a ‘you can’t say that’ culture? Is political correctness about to break through the final barrier? I fear the answer to all of these questions is yes.

It’s easy, is it not, to defend those people and those causes we happen to like, we happen to agree with. But the real test of democracy, the real test of a democrat, is being prepared to defend those people we do not like, defending their right to express an opinion without bullying them into silence, without frightening them with the power of the herd. Some tweets, I believe, even included Moir’s home address, so if people wish to take up the torches again they will know exactly where to go. A mob fighting for a ‘good cause’ is still a mob, as Cohn rightly says;

To fight back, you need to remember that although the internet age is hugely expanding the number of complaints, the old rules still apply. Whether you are the owner of a tiny blog or the editor of a national newspaper, if someone points out an incorrect fact, you correct it; if someone challenges an argument, you argue back; and if someone says that you must think what they think, you ignore them. 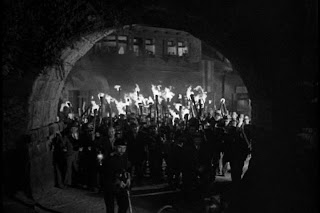