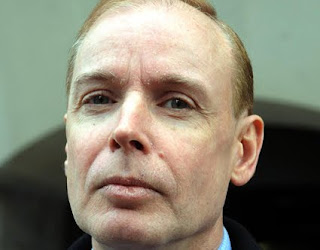 There is a rather unsettling piece in the November issue of Standpoint by Nick Cohen on the fate of Derek Pasquill, the Foreign and Commonwealth Office (FCO) mole who exposed that lamentable branch of government’s (whose government, I wonder?) contacts with Islamo-fascists when it was under the control of the Man of Straw. I know the FCO has a long tradition of working against the interests of this country but I would have thought that even it had clear limits, points beyond which it would not go. No, it does not.

The documents released by Pasquill show that the FCO was actively assisting organisations that promoted extreme Islamist views, most notably the Muslim Brotherhood. It was part of a political strategy that was developed in a section headed Engaging with the Islamic World. For Jack Straw and his civil service myrmidons ‘engagement’ clearly meant appeasement of the worst and most extreme sections of Muslim opinion.

It was a betrayal not just of the interests of this country but also of more moderate Muslim opinion throughout the Middle East. You see, the assumption seems to have been that the fanatics in the Muslim Brotherhood were the only alternative to moribund Arab oligarchies. So, the FCO actively promoted and legitimised extremism. It’s difficult to believe, I know, even of them, but it happens to be true.

Pasquill was seconded to the Engaging with the Muslim World unit in 2005, just before the general election of that year, standing in for one Mockbul Ali, a ‘non-political’ civil servant who just happened to be off campaigning for the Labour Party among British Muslims.

Before taking up the post he decided to research the Muslim Brotherhood in the British Library, discovering that it was an organisation set up by admirers of European fascism; that it believed in the subjugation of women as well as in the murder of apostates and homosexuals; that it denied democracy and human rights as an ‘imperialist imposition’, and that it embraced the racist conspiracy theories once put into motion by the Okhrana, the Tsarist secret police. The movement, defined by the FCO as ‘moderate’, stood in opposition to every western principle of freedom and liberty.

It was because of this that Pasquill began his campaign, leaking documents to the press. But the revelations received almost no support on the liberal left, already compromised by the same forms of appeasement and muddle-headed thinking that had corrupted the FCO: they had embraced forms of reaction that they barely understand in the name of ‘liberation’. The damage that the FCO was doing to British interests at home and abroad, the damage that it was doing to national security, surely stands comparison with the actions of the Cambridge Spies. The latter were acting under the guidance of a perverse idealism. I can see no understandable motive at all behind the FCO’s policy other than crass stupidity.

Pasquill was eventually exposed as the whistleblower-he deliberately left a trail that could be followed by an elephant-and sacked. By rights he should have been prosecuted for breach of the Official Secrets Act, a path he actively sought, but the case was dropped.

In the course of his article Cohen poses two questions. Who is the traitor and who the patriot in these circumstances: the dissident civil servant or the two-faced government? Who, to be blunt, is more deserving of summary dismissal? I know the answer to these questions; I feel sure most of the people who read this will also know the answer.

In addition to this there are surely serious questions to be raised about the conduct of Jack Straw, that one-time Communist, both in the Foreign Office and the Home Office. In the former he tried to engage with people inimical to the interests of this country; in the latter he seems to have lost all control of mass immigration, either deliberately or because of incompetence and incapacity for high office I can’t say with certainty. I would so like the affairs of this shabby administration to be subject to a major public inquiry once Brown, Straw and Peter Mandelson,aka Lord Rumba of Rio, have been cast on to the rubbish tip of history.
Posted by Anastasia F-B at 16:35