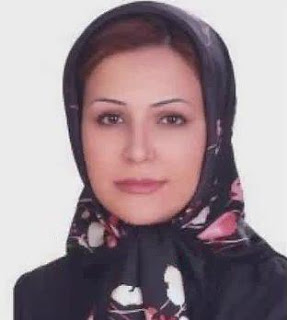 I had a very busy summer, first preparing for my finals at university and subsequent to that a trip to India. I tried during this time to keep up with the news of what was happening around the world. I knew about the presidential election campaign in Iran; indeed, I wrote some brief pieces on developments prior and subsequent to this event.

I was aware of the tragic death of Neda Soltan, caught up in the protests against the fraudulent result, which saw that wretch Ahmadinejad return to power. But if I am honest, shocked as I was by footage of her death, taken on a mobile and subsequently downloaded on You Tube, I never really thought of her as an individual, just another ‘victim’ of the repellent Iranian theocracy. I never thought of Neda as an individual, as a real person, if you like…not until tonight, not until I saw a very moving documentary on BBC television.

Neda is a true martyr, a wonderful, beautiful human being, who simply wanted change in her country, wanted the dead-hand of the dictatorship lifted from her life, an ambition she shared with so many others of her generation, young people who wanted a better future, one free from oppression and fear; one freed from ugliness disguised in the hypocritical cloak of piety and faith.

In different circumstances Neda and I might have been friends; she was only four years older than me when she was murdered by one of the police thugs set loose on the people of Teheran by Ayatollah Ali Khameni, the ‘supreme’ leader. Now I can only mourn her, if it’s possible to mourn for an individual one never knew. As I watched the documentary feelings of profound sorrow were mixed with those of deepening anger, anger against a dictatorship that freely murders the brightest and the best.

I understand that Neda means ‘voice’ or ‘calling’ in Persian, and that she is referred to by some as the ‘voice of Iran’. Yes, she is the true voice, not Ahmadinejad and Khameni, both of whom, particularly the latter, bear responsibility for her assassination. That crime was bad enough, but it was compounded by the authorities’ attempts to blame the shooting on the opposition. They even offered to declare her a ‘martyr’ if her mother agreed to accept their version of events. She has refused to accept this corruption of her daughter’s memory, this bargain with Satan.

I do not believe in a personal God; I do not believe in Islamic concepts of reward and punishment in the life to come. It would be a comfort, though, to believe there was such justice, a justice that could not be evaded or escaped, if only to think that Khameni will one day have to face a court that is not deceived by lies and dissimulation. No amount of bowing and praying will wipe the blood of Neda from his hands, a genuine martyr, a martyr for freedom and for justice. 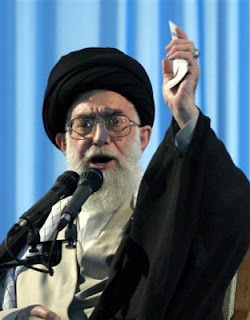