Witchcraft and Superstition: Decline of a Tradition, Rise of a Cult 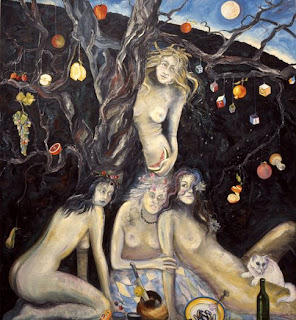 The first thing to note is that for centuries law and superstition walked hand-in-hand. That is to say, on the subject of witchcraft, there was little to distinguish offical perceptions from popular prejudice, though the well-springs of belief may have been different in both cases. The big change came in the eighteenth century, when concepts of witchcraft began to lose ground amongst the educated. The gap really begins to open up with the passing of the Witchcraft Act of 1736, which repealed earlier English and Scottish statutes on the subject. From this point forward the law dictated that;

No prosecution, suit or proceeding, shall be commenced or carried on against any person or persons for witchcraft, sorcery, inchantment or conjuration or for charging with any such offense, in any court whatsoever in Great Britain.

The Act further made it an offence to pretend to have supernatural powers. So, from this point forward, as far as the law was concerned, witchcraft was no more than a pretence. However, while the enlightened could scoff at the subject, beliefs in the literal truth of witchcraft continued to be well-entrenched among large segments of the population, especially in rural communities. People were slow to realise, moreover, that the law was no longer on their side on this subject. Right into the late nineteenth century magistrates continued to receive requests for the arrest of suspected witches.

So, no longer able to call on the law, people took to dispensing their own forms of 'popular justice', which gave rise to a new phenomenon in law: in place of the witch trail came to trial of those accused of assaulting those whom they believed to be witches. We now have one of history's acutest ironies: that the British in the course of Empire were attempting to reform the 'heathen' practices of subject people, while at home violence against suspected witches was on the increase. James Augustus St. John, author and traveller, was moved to write "...here in England, in the midst of our civilization, with the light of Christianity, ready to pour into the meanest hovels, violence against witches is still prevailing in our rural districts, while belief in witches is all but universal."

In 1895 a poor, elderly woman from Long Sutton in Lincolnshire was assaulted by a farming couple for supposedly bewitching their cows pigs hens and butter. Assaults of this kind even continued into the twentieth century. In 1935 a doctor from Poole in Dorset had to treat an old woman so badly scratched that she required stitches in twenty-two wounds. In essence there was often a two-way process at work: people claimed to possess traditional forms of 'folk wisdom' as a way of making money, which could very easily turn to accusations of black magic when things went wrong, or when tensions built up within communities that, despite social and industrial progress, were often claustrophobically self-contained.

Further social changes, and the continuing decline of the older rural ways of life, saw a steady decline in these traditional beliefs, as ordinary people caught up with educated opinion. But, once again, irony played its unique part: for while witchcraft was received in the public mind with increasing scepticism, it achieved a new life among sections of the middle class, inspired by the likes of Margaret Murray, author of The Witch-Cult in Western Europe. This, and much of the Wiccan movement that followed on, was really quite bogus; for people were not persecuted in the past for following ancient cults, but for malice and spite, and with malice and spite, the small change of village life.
Posted by Anastasia F-B at 17:53