Satanic Ritual Abuse: a New Form of an Old Fear 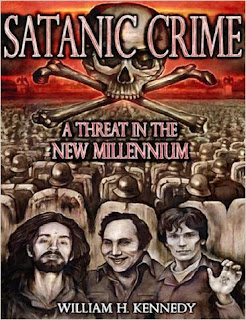 Knowing quite a bit about the history of witchcraft, of the links made between witches and Satanic rituals in the late Middle Ages, I'm acutely aware hysteria behind the persecutions that followed can appear in a modern guise, does appear in a modern guise, time and again. I’m sure you’ve heard of cases of supposed ritual abuse where children are involved; the McMartin pre-school trial in California in the early 1980s is probably among the most famous.

The belief in these Satanic rituals, involving the most loathsome crime of all-the deliberate harm and exploitation of children-conjures up some of the features of the great European witch-hunt: the fear that the world was being turned upside down and Christianity subverted.

It is difficult to know how some of the hysterical views put forward could be accepted in the modern age, the age of reason, well, of comparative reason. Did you know, for instance, that in a series of police workshops held in Utah in 1992 it was claimed that adults involved in Satanic cults were sacrificing 50 to 60 thousand children a year in the United States alone? Yes, that’s thousands. The fact that no remains had been found on such a scale was attributed to the fact that they had been eaten! This is something that Heinrich Kramer, a Dominican Inquisitor, and author of the Hammerer of the Witches, would have understood.

Overall the parallels between the witch-hunt and the modern Satanic abuse trials are remarkably similar. As in the early modern witch hunts the clergy played an important part in cultivating both a fear of Satanism and in obtaining confessions. As in the past testimony has been elicited from children, most often without any form of corroboration. In the modern age so-called ‘recovered memory’ has played an important part in the whole process. We see in this the shadows of the Great Basque Witch Hunt in the early seventeenth century, where children-with all of their imaginative faculties-were the principal accusers, as they were at Salem later that same century.

Most of the modern trials for Satanic abuse have failed for one reason or another, usually because the testimony is suspect and corrupted. It’s a pity that the legal authorities involved were not more mindful of the warnings of Alonso de Salazar Frias, a member of the infamous Spanish Inquisition, who wrote of the Basque witch children that their confessions were nothing but fantasies, demanding that all subsequent trials of this kind should be subject to the test of ‘external and objective truth,.’
Posted by Anastasia F-B at 16:09