Oh, How I Hate Jehovah! 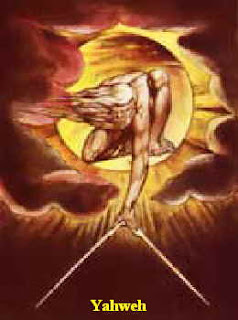 This may be my last blog because I simply have to make a declaration: I hate, really hate Jehovah, Yahweh, if you prefer, the Jewish God, the God of the Christian ‘Old Testament’. So, in making this declaration, I expect to be struck dead at any moment, any second now…what; nothing; it hasn’t happened; I’m still here, so on I go!

Why do I hate him (oops, no caps!) because I can’t imagine a figure less worthy of deification, a shallow tribal god, a god defined not by transcendence and nobility but by all that is worst in the human spirit. Yes, I know, all gods are created by people and invested to some degree with human attributes. But Yahweh, what attributes does he have? Read the Old Testament and you will see: he is jealous, devious, tyrannical, paranoid and insecure by turns. He even demands that a father sacrifice his own son just to test the extent of his authority, to see if he is truly ‘loved’. Satan understands this monster’s pathological insecurities, which seems to me to be the true message behind the story of Job. The ‘Adversary’ is, in essence, making fun of god!

I contrast this creature with the beautiful deities of the Greek pantheon; deities like Pan. Yes, I know they are also full of frailties, but there is something wonderful about them, something which reflects back on humanity, which ennobles and amplifies the human spirit. They are fascinating, even in their weaknesses. Jehovah? All I can say is that Lucifer did not rebel out of pride; he rebelled out of boredom. :-))

Hey, I'm in the middle of some important exams. I really needed to let off some steam!
Posted by Anastasia F-B at 17:22