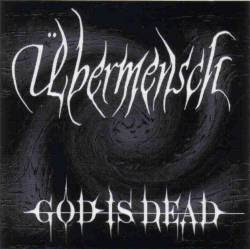 I read again the story of the hermit in Thus Spoke Zarathustra. His life is based upon God's presence. Every action he performs is in praise of the deity. If God is dead then the hermit is dancing in a void, under the illusion that he has an audience. The saint, it might be said, has lost his witness, the only thing that hitherto gave life meaning. But it is far more significant than that; for when God died "...sinners died with him." They died as sinners because their acts no longer conferred any such identity.

Let me put this another way: with the death of God the world has lost its moral centre, the pole from which all meaning was derived. There are no more Saints just as there are no more Sinners. There are only questions, always questions. For Karl Jaspers, taking up Nietzsche's baton, the death of God is a historical situation through which humanity must pass on towards new forms of meaning. Nobody can escape the death of God, atheist or believer. And therein lies the most delicious of ironies!
Posted by Anastasia F-B at 16:24