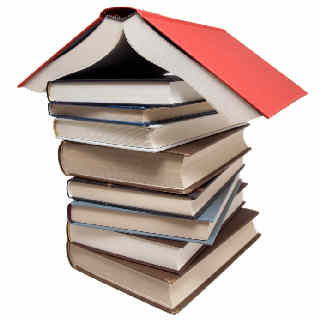 Books, books, books, gosh I live in a universe of books! I never, ever read one book at a time; I usually have at least a dozen on the boil, both fiction and non-fiction, which I take up and put down as the mood takes me.

What am I reading at the present? Let me see now. I’ve just finished The Jewel in the Crown, the first part of Paul Scot’s Raj Quartet, and have moved on to The Day of the Scorpion. I’m rereading some of Algernon Blackwood’s smashing short stories, and Arthur Machen’s The Great God Pan, as well as the stories of Ambrose Bierce. I finished re-reading Malcolm Lowry’s Under the Volcano not so long ago, a novel I can’t praise enough, a great whirlwind of ideas, images and impressions, all conveyed through the most imaginative use of language. After James Joyce’s Ulysses it counts in my estimation as the best novel in the English language.

In non-fiction I’m reading the recently published The Mother of God: A History of the Virgin Mary by Miri Ruben, as well as work on the history of witchcraft by Brain Levack and P Maxwell-Stuart. There is also Tip and Run, a history of the First World War in East Africa and Young Stalin by Simon Seabag Montiefiore.

Biography happens to be one of my favourite forms of non-fiction (or is it fiction?!) and I’ve not long finished a not very satisfactory account of the life of Aleister Crowley, so I’ve ordered Peter Sutin’s Do What Thou Wilt: A Life of Aleister Crowley on Amazon, which I intend to review here in due course. I’ve now reached volume two of George Orwell’s Collected Letters and Papers I also have a fascination for all things connected with ancient Rome and have just started The Fall of the Roman Empire: A New History by Peter Heather.

I enjoy philosophy, which always helps to keep the wheels of my intellect well-oiled! At the moment I’m working through Heidegger’s Sein und Zeit by slow-really slow-degrees as well as Schopenhauer’s Die Welt als Wille und Vorstellung. I’m forever dipping in and out of Nietzsche, always finding fresh delights in Also Sprach Zarathustra and in The Meditations of Marcus Aurelius.

I could give you so many recommendations for possible reading, but I would risk going on at interminable length! I would certainly urge anyone who has any interest in occult issues to read La Bas-The Damned-a novel by Joris-Karl Huysmans, which explores Satanism in fin de siècle France by a narrator who is also researching the life of Giles de Rais, the fifteenth century child killer. I read a lot of French literature and have a particular fondness for the stories of Guy de Maupassant, heart-breaking in their irony. I would also recommend the ‘fictions’ of Jorge Luis Borges, inspired works of genius, that hover in a twilight between imagination, history and invention.

I know this all sounds so implausible, but I can speed read at a fantastic rate! And I should add that my course reading all comes on top of the above. :-))

Why do I chose a particular book? Oh, for all sorts of reasons. I usually follow trails, and trails within trails, one thing inevitably leading to another, in a maze of interconnections. It's The Name of the Rose. :-))
Posted by Anastasia F-B at 17:09