The Scandal of Parliamentary Expenses 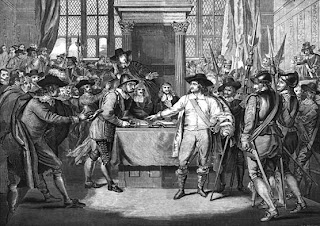 Night after night this is appearing on the news; the gross corruption surrounding the issue of expenses claimed by members of the British parliament, anything from the cost of watching pornography to having a moat cleaned; yes, a moat! I’m a history student; my period of special interest is seventeenth century England, the period that saw civil war engulf the country, between Parliament on the one side and the King on the other. Parliament won. If the situation were repeated I simply cannot conceive of anyone taking the side of this ghastly parliament and the ghastly Labour government. So, to Gordon Brown and his minions I will repeat the words of Oliver Cromwell when he dismissed the Rump Parliament in 1653;

You have sat too long for any good you have been doing lately ... Depart, I say; and let us have done with you. In the name of God, go!
Posted by Anastasia F-B at 18:12