I Love Being Female 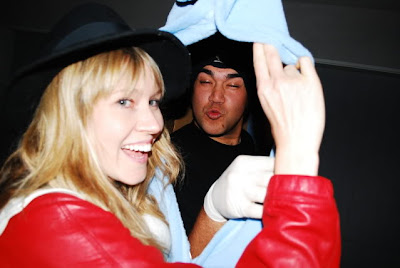 Yes, I do; I always have. There are so many things, so many dimensions to my character, new discoveries I am constantly making. I love to explore my sexuality, to observe the impact it has on people around me. I’m really clever, a little like a spider-queen, and could easily devour any male that ventured on to my web. But for the most part, I don’t, unless the guy is really stupid.

You see, I used to define myself as a feminist, but not any more. I do still admire certain feminist texts, but for the most part it’s the philosophy of the second-rate. The stuff that emerged in the second-half of the twentieth century, principally from the United States, was not about the empowerment of women but the disempowerment of men. It also served to take the sensuous out of sensuality.

You see, I believe that men have every right to be nurtured, to be groomed and excited by a woman. I flirt, because it pleases me to flirt, I will even draw my intellectual claws, if the occasion demands, to make a man feel important, if I feel he deserves to be made important. The point is I can be subtle and sexy, but all the time it is me who is in control. That is real power, the power of a real woman.
Posted by Anastasia F-B at 18:21