Sartre and the Lobster 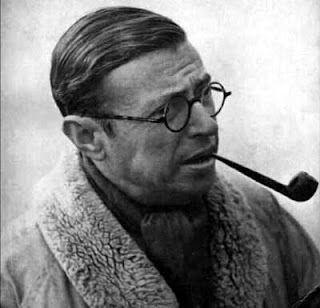 All of the juicy details of Jean Paul Sartre's flirtations with drugs are to be found in Simone de Beauvoir's memoir, The Prime of Life. Sartre's experience reminds me somewhat of that of Thomas de Quincy in his Confessions of an English Opium Eater. Both men ended being pursued by demons, though Sartre's took a particularly disturbing form. The effects of the mescaline, he told de Beauvoir, were like being trapped in a surrealist text. He was chased through the streets by a giant lobster, and huge devil-fish swarmed over his body; de Beauvoir’s shoes turned into beetles; an umbrella became a vulture. These hallucinations lasted for four months, during which time Sartre was convinced he was going mad-"I'm on the edge of a chronic hallucinatory psychosis."

Ah, well; just fancy: being pursued down the streets of Paris by a lobster! Makes a change, I suppose, from the usual Lotharios! :-)) 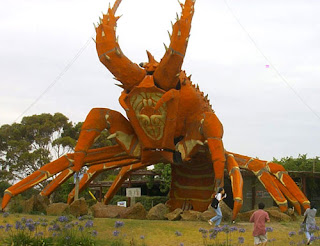