The Fallacy of Progress 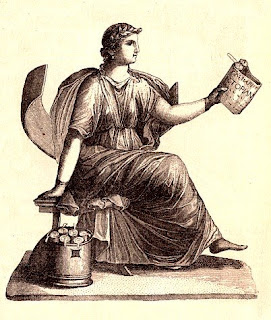 There are two senses in which 'history' can be understood. The first is that history is an examination of the past based on evidence, given shape by a particular mode of interpretation. There is however a second, more comprehensive and philosophical interpretation of the term.

In the past people conceived of 'history' not just as a series of events but almost as a kind of physical entity, a goddess, even, standing in judgement over human endevours. This view of history became particularly popular in the eighteenth and, above all, the nineteenth centuries, when people in western industrial countries took it for granted that history was the story of human progress, moving towards even higher levels of achievment. It's a view that united people from quite different political backgrounds, from Karl Marx, on the one extreme, and Herbert Spencer, on the other. In the twentieth century this view began to unravel, as economic, social and political problems accumulated, and humanity no longer seemed to be moving along a pre-ordained path.

In our own time, against a background of global turmoil and dramatic changes in our climate and environment, those who take the old progressive view of history are, I imagine, in a clear minority. What I'm saying, in short, is that history has no divine attributes, that it does not measure and guide progress, that the view that we have of the past is almost always conditioned by the life we have at present. This is not really that new or radical a view. Almost two hundred years ago G. W. F. Hegel, a German philosopher, wrote-What experience and history teach us is this--that people and governments never have learned anything from history, or acted on principles deduced from it. I can think of no better summary than that.
Posted by Anastasia F-B at 16:10