Tripping with the Lizard King

My parents have a flat in Paris, so I’ve been fortunate to have been able to visit the city on and off for some years now, getting to know it really well. One of my favourite places is the Père Lachaise Cemetery, named after the father-confessor to Louis XIV. I know, it sounds so morbid, does it not, going to a cemetery for pleasure?! But it’s an entirely fascinating place, the final home of some of the great figures in French cultural and literary life. There are also a number of notable foreigners including the beloved Oscar Wilde. But the person I want to touch on is Jim Morrison, the Lizard King himself, who died in the city in 1971.

I love the music of The Doors, I have ever since I saw Oliver Stone’s movie when I was in my mid-teens. I was particularly struck by the intensity with which the beautiful and self-destructive Jim lived out his life, burning through the atmosphere like a dying meteor. I’ve been to his grave twice now, both times on the anniversary of his death on 3 July, to place some flowers on his grave. Below his name and dates there is an inscription in Greek ΚΑΤΑ ΤΟΝ ΔΑΙΜΟΝΑ ΕΑΥΤΟΥ, meaning, I think, true to his spirit. The little bust that is shown at the end of Stone's movie was stolen years ago, though I think there are plans to replace it. Both times I was there it was really busy, mostly of people of my own age and a little older, people who never knew him in life.

There is a love greater than death, and Jim will live forever. 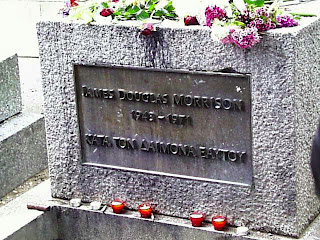 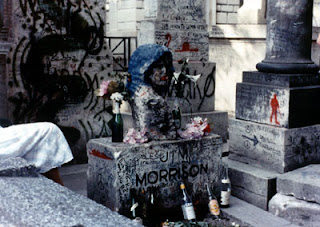 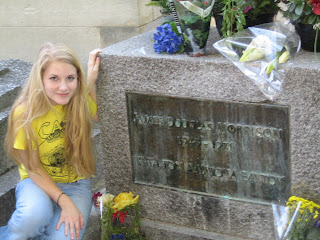