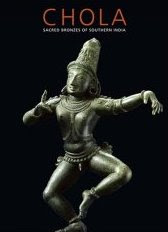 A couple of years ago I went to an exhibition if bronzes from the Chola Empire held at the Royal Academy in London. It was quite a revelation. Before that I hadn’t given too much thought to Indian sacred art, particularly the sensual quality that many of these images display, forms, if you like, of sacred sexuality.

Anyway, the Cholas were a Tamil dynasty who flourished in southern India between the ninth and thirteenth centuries AD. Soldiers turned builders, they created massive temple complexes which were then furnished with devotional images cast in bronze, including one of Shiva dancing in a ring of fire, as much an emblem of India today as the Taj Mahal. Shiva in the form of Nataraja-the Lord of Dance-became the most important symbol of the Chola dynasty itself, with one twelfth century ruler devoting a whole year’s revenues to the embellishment of the god’s shrine at Chidambaram in central Tamil Nadu.

The interesting contrast between this form of Hindu art and the Christian sculptures of the same period is the emphasis the former places on bodily beauty. It’s not just beauty of form but the teasing sensuality which appears to be such an important part of the Indian bronzes. It can be seen in the perfection of Shiva’s form in the ring of fire and in the image of Krishna standing on the head of the serpent Kaliya.

These divine works of art were specifically intended to allow the observer to focus on a higher level of being. They were created in the wake of a form of devotional Hinduism known as bhakti, growing in importance across southern India since the seventh century. Under this form of belief devotion was expressed in a whole variety of ways, in poetry, in song and in the contemplation and praise of the beauty of scared icons, images of bodily perfection. And perfect they are. I simply can’t wait to see them again, and in their original, and sacred, settings. 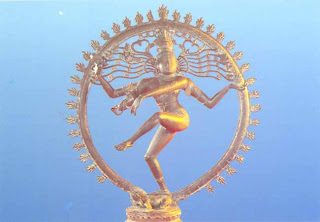