The Crooks' Parliament, or if this is Democracy Let it Die 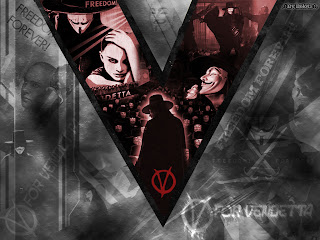 It was once the practice to remember English Parliaments by the name subsequently given to them, usually determined by some notable feature. I mentioned the Long Parliament in a previous blog. Others that come to mind are the Mad Parliament, the Merciless Parliament, the Fire and Faggot Parliament and the Parliament of Devils. It would be an excellent idea, in my estimation, for this admirable practice to be revived; yes, indeed. My favoured name for the present assembly has to be the Expenses Parliament or, better still, the Crooks’ Parliament.

How I would love the people of this country to rise in a body, as in V for Vendetta, a march on Westminster to watch the benighted place blow apart, to remember and reverence Guy Fawkes. I think a clarion call is required. I would favour the stirring the words of the German poet Carl Theodor Körner Das Volk steht auf, der Sturm bricht los-The storm is out, the People are roused.

OK, OK, there is a strong element of sardonic humour here but, in all seriousness, democracy in this country is sick and sickening, perhaps terminally so. I note from an article in this week's Spectator (16 May) that the whole Westminster system of democracy rises and falls on a mere 20,000 votes, that’s 0.5% of the total electorate, in key marginal constituencies. It is here where the real battles are fought; the rest, the bulk of the electorate, count for nothing. I voted for the first time in the General Election of 2005. The way I feel at the present I don’t think I will ever vote again.
Posted by Anastasia F-B at 00:39