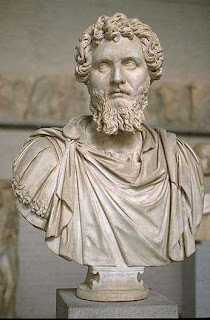 Have you been to Lepcis Magna? Possibly not, as the remains are in Libya, which, until fairly recently, was not the most welcoming place in the world. It’s a magnificent place, arguably the best Roman site in the whole of the Mediterranean basin, better even than Pompeii and Ephesus. It’s all in a remarkable state of preservation; the theatre, the amphitheatre, the markets, forums, circus, baths, arches and basilica, aided by its location on the edge of the desert. It was abandoned in 800AD and largely lost under the encroaching sand, saving it from the free-lance quarrying that has destroyed or decimated so many other ancient sites. Indeed large parts of it are still under the dunes despite continuous excavation since the 1920s.

The city was originally founded by Phoenician traders some seven hundred years before the birth of Christ. It later fell under Roman domination after the Punic Wars. But while Carthage, the other Phoenician foundation, an object of particular Roman animus, was totally destroyed, Lepcis Magna grew and flourished, becoming, amongst other things, an important centre for the production of olive oil. The wealth of the local elite is reflected in the beauty and range of the city’s architecture.

These elites kept close to the centres of power, dedicating monuments to emperors like Trajan and Hadrian. Their greatest moment in the politics of the Roman world came towards the end of the second century, when Lucius Septimius Severus, son of a local family and a leading soldier, became Rome’s first North African Emperor. In 203AD he returned to his home town in triumph, showing his gratitude by relieving it of taxes and institution a new building programme. The subsequent construction is among the some of the city’s most impressive remains. To go there is to understand what it truly meant to be Roman 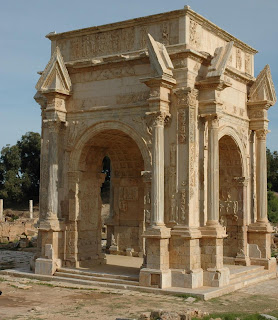 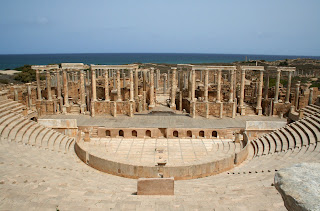