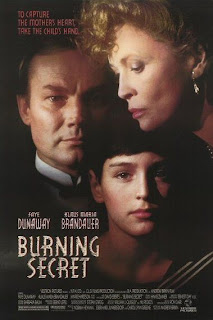 The Burning Secret and Other Stories

In a way there is no point reviewing this particular anthology, insofar as a review is intended to encourage people to buy a book, because it has been out of print for twenty years. Even so, the individual stories, which include The Royal Game, Amok, The Burning Secret, Fear and Letter from an Unknown Woman will clearly be available in other anthologies, so some purpose will be served, even if it is only to interest people in the work of Stefan Zweig.

I intend this also as a companion to my review of The Post Office Girl, his posthumous novel, my first introduction to the work of this wonderful writer. I read somewhere that his mastery of the short story format was as good as that of Maupassant and Chekhov; so, with that endorsement sounding in my head, I rescued this particular collection from the bowels of my college library!

The theme that unites these stories is that of obsession; the obsession of a man with chess, a game that rescued him from madness, and then brought him back to its frontiers; the obsession of a doctor with a woman he had deeply wronged and then gave his life in an attempt to preserve her honour, and her secret, even though she herself is beyond caring; the obsession of a child with the secrets and duplicities of the adult world; the obsession of a woman with fear, a fear that threatens to destroy her world; and finally the obsession of a girl with a man she has loved through the various stages of her life, a man who barely acknowledges her existence.

This is just a sampler; I just want to give people a flavour of what to expect and, in the fashion of Ariadne, offer a thread through the labyrinth. There is no purpose to be served by retelling the stories blow by blow. Let me just focus on two: Fear and Letter from an Unknown Woman, the first which I loved and the second I hated.

Fear tells a story of a woman, Irene Wagner, caught in the midst of deception. Full of apprehension in the face of possible discovery, she is intercepted early one morning leaving her lover’s apartment by an unknown and unpleasant woman, who accosts her and accuses her of stealing the man in question from her.

Fear now grows by steady leaps. The woman discovers where she lives, a comfortable home with a husband and children, a comfortable bourgeois Viennese existence, with servants, governesses and wealth. Blackmail follows, the demands increasing time by time. Irene turns to her former lover for help, only to discover how worthless and shallow he is. Her husband, her children are her true moral centre. She brings herself to the threshold of telling her husband, but is fearful of the severity of his judgement. In the end the only alternative, the only way of breaking this vicious self-enforcing trap, would seem to be suicide, and it is this which Irene prepares for. But she does not kill herself, nor does she confess. The dénouement took me completely by surprise, no easy thing, as I usually discover patterns of resolution well in advance of the final curtain!

Letter from an Unknown Woman, later turned into a film, is, so I am told, Zweig’s most famous story. As I said, I hated it, not because the author has lost any of his narrative power-he has not-but because I hated the theme, I hated the mood. Fowler warns in his introduction that “An intelligent modern woman may well find the heroine’s endless self-denial hideously improbable.” This intelligent modern woman did find it hideously improbable!

Anyway, it takes the form of a posthumous letter of a woman to a man she has loved, largely from a distance, since she was a girl, a man who does not even know her name. From the briefest of physical contacts, quickly forgotten by her lover, she has a son, a son he never knew existed, a son who predeceased the protagonist, the occasion for the composition of her letter. For all her depth of feeling, for all of her obsessive passion I found the object of her love repellent, an example of the worst forms of narcissistic egoism, the kind of man who only looks for reflections of himself in the pool of life. If you love, love well, love what is worth loving. Having said that Zweig is a new discovery for me, and when I fall in love I do not do so by half measures.
Posted by Anastasia F-B at 00:46