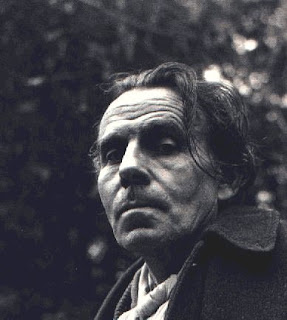 Louis-Ferdinand Destouches, better known as Céline, one of my favourite writers, was always one to take things to excess. His anti-Semitism has an absurdist quality, loopy even by the loopiest of standards! His hatred of all things Jewish became a kind of metaphor for his cultural pessimism, a convenient hook upon which to hang his alienation from the modern age. His anti-Semitic pamphlets, published in the 1930s, are quite deranged in the Gothic extremes of his prejudice. His Bagatelles pour un massacre and École des cadavres were so outrageous that even those on the anti-Semitic right of French politics thought it was part of a deliberate attempt to discredit their ideology. You can understand why when the various 'Jews' identified include Racine, Stendhal, Picasso, Roosevelt and the Pope! Andre Gide even suggested Bagatelles was a kind of Swiftian satire, not to be taken seriously. In the end Celine widened his net to include Adolf Hitler, that well-known Jew!
Posted by Anastasia F-B at 18:35