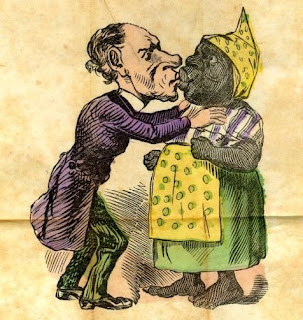 Another answer, this time on race mixing.

Hey, X, I’m not quite sure what you are looking for here. I suppose the whole thing leaves me ever so slightly puzzled. First off, I have no idea if cheetahs and gazelles ‘like’ each other or not, which hardly seems an appropriate verb in that particular context. I imagine the prevailing emotion of the gazelle towards the cheetah is one of fear. The cheetah, I suppose, is quite indifferent towards the gazelle, except insofar as it exists as an object of consumption. But, at root, in the great natural scheme of things, the one needs the other; for without the gazelle the cheetah would not exist. The cheetah kills the gazelle, yes, but those that it kills are the weaker and the older, making the overall species stronger in the process.

Sorry, that’s a major digression, but I’m sure you get the point. How and why you then use the example of these animals to draw a human parallel is the thing that puzzles me most. People may have different skin colours, but that does not make them different species. Do you know H. G. Wells novel The Time Machine? Well, we are not yet Eloi and Morlok; not yet herbivores and carnivores; one group does not exist as the hunted and the other the hunter. If we did the dominant relationship would one be the one I described above, that between the gazelle and the cheetah.

I have a white skin but I am not in any respect different from a person with a black skin (being English I do not use expressions like African-American!). So, not being different species-and the emphasis here is on race, not species-, white people and black people can have sex, and, yes, they can have children if they wish; they have been for centuries past, a simple fact you must surely be aware of, you are aware of, insofar as you have relatives of a different race. Oh, and speaking personally, I would far rather have sex with a black guy than a Nazi, a different species from me! And if you want to know if this is all theory on my part, no, it’s not.
Posted by Anastasia F-B at 19:42