The Baron and the Devil 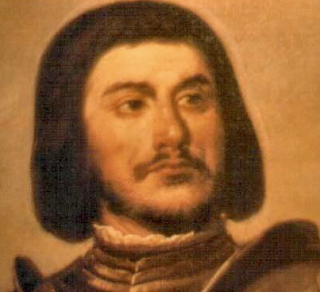 I touched on the career of Gilles de Rais in my blog on The Damned but I thought I would say a little more about a man whose crimes are at least the equal of Erzebet Bathory, and in some ways much more demonic. Although it is not always recognised it is true, almost banally so, that each and everyone of us is capable of great good and just as capable of great evil. There are so many things, so many circumstances, which might open the one road or the other; the circumstances of our personal lives and the circumstances of history.

So, Gilles de Montmorency-Laval, Baron de Rais, to give him his full title, was a fifteenth century French nobleman, a soldier in the long wars with England and a companion of Joan of Arc, that most militant of saints. He was also one of the most prolific child murderers in the history of France and the world; the worst kind of pedophile before that term had ever been devised.

Like Erzebet Bathory, he was part of a world almost now beyond our comprehension; a world where people could and did exist as objects in the purest sense, objects that could be disposed of at will, if one had the right background and connections. Gilles’ world was one of privilege and wealth, the world of the great feudal nobility. His grandfather, Jean de Craon, was one of the richest men in the country. Gilles inherited his wealth, but he also inherited something else, the belief that he was above all law and moral restraint.

Gilles military career came to an end in the early 1430s, not long after the death of his grandfather. He now had a taste for two things the luxury that his wealth allowed…and blood.

What we know of the years that followed comes from the 1440 trial records, when Gilles was indicted on multiple charges, including murder, heresy and sodomy. It is important to remember that the Gilles confession and that of Henriet Griart and Etienne Corrillaut, also known as Poitou, his co-accused, was obtained under threat of torture, though torture was never actually applied. More tellingly, corroborative testimony was given by parents whose children had entered the nobleman’s castle never to be seen again.

The first abduction, rape and murder, that of an unnamed twelve-year-old boy, came sometime in the course of 1432. Thereafter the number of victims began to escalate. As with the example of Erzebet, it is difficult to establish a precise figure, though it is generally reckoned to be between 80 and 200, with some estimates taking the figure as high as 600 and above. Various methods were used to kill the victims, mostly young boys. Gilles was also in the habit of raping these boys as they died. He also enjoyed necrophilia.

The details are fairly grotesque, too grotesque to dwell on at any length. Suffice to say that organs and intestines were removed for the simple pleasure this gave. Those who died were cremated in the castle, the ashes being deposited in the moat or cesspit.

Reports of the vanishing children began to circulate around the neighbouring villages. Some of the stories handed down over time clearly have a fanciful quality. Gilles is said to have employed agents to entice the children into his domain, including an old woman known as Perrine Martin, better known as La Meffraye or The Terror.

It’s hardly surprising, though, that people began to attribute a supernatural quality to events seemingly beyond explanation or control. We know that Gilles himself had an interest in alchemy, becoming all the more urgent over time as his spendthrift ways steadily reduced his fortune to almost nothing. Anxious to obtain that ever elusive secret, the ability to turn base metal into gold, he descended into the deepest recesses of magical practice, not averse to employing the services of alchemists who claimed to have the ability to summon Satan himself, including one Jean de la Riviere, who pocketed the Baron’s payment for the service and then promptly disappeared!

Even so, Gilles was not discouraged by this setback. He wanted power as well as wealth. Having a demon to do his bidding would, in his estimation achieve both of these ends. He got a kind of demon, alright, just not the kind he expected. In May 1439 Francois Prelati arrived at his court, full of stories of the kind of benefits the Baron could enjoy once the necessary ceremony had been carried out.

On Midsummer’s Eve of that same year, when it was believed that spiritual forces were particularly strong, Prelati began his incantations in the castle of Tiffagues, observed by Gilles, warned that, whatever happened, he must not make the sign of the cross. Prelati, of course, was just another trickster, subtle enough to convince the credulous nobleman, continually calling for the presence of a demon he called ‘Barron’, who, even after two hours, remained obstinate in his absence.

Prelati suggested the use of stronger magic, including the sacrifice of a child’s eyes, heart and sex organs, a request that was granted. ‘Barron’, or some other demon, suitably impressed, appeared at subsequent rites, but only, alas, in the presence of Prelati himself, who insisted that Gilles and the rest of hi entourage remained outside the chamber where he performed his magic. These fraudulent spectacles went on intermittently for a year, up to the point of Gilles arrest, leaving him not one coin richer or one measure more powerful.

While this was going on the campaign of debauchery and murder continued on its independent course. As in Hungary, the fearful local peasants counted for nothing. But Gilles, running out of money and influence, was to take one step to far. The rape and murder of peasant children was one thing, an attack on the church quite another. In 1440 the Baron kidnapped a priest in a dispute over property. The Bishop of Nantes became involved in the subsequent investigation and Gilles lost the support of the Jean, Duke of Brittany, his one time protector. It was now that the details of his crimes became public.

In July 1440 the Bishop published an account of his preliminary investigations;

Milord Gilles de Rais, knight, lord, baron, our subject and under our jurisdiction, with certain accomplices, did cut the throats of, kill and heinously massacre many young and innocent boys, that he did practice with these children unnatural lust and the vice of sodomy, often calls up or causes others to practice the dreadful invocation of demons, did sacrifice to make pacts with the latter and did perpetrate other enormous crimes within the limits of our jurisdiction…

Gilles was arrested at Machecoul together with some of his accomplices and brought to Nantes. Now the full inquest began. In October he was finally indicted on thirty-four charges of murder, sodomy and heresy. At first hostile and abusive towards the court, Gilles finally admitted to the charges, except the summoning of demons, offering to swear on the Bible to prove his innocence. But the prosecutor was sufficiently convinced by the testimony of Prelati and others in the Baron’s entourage. Gilles and his co-accused were finally hanged on 26 October. Beforehand he had made a tearful plea for forgiveness.

Like Erzebet Bathory, Gilles de Rais has had modern defenders, notably Aleister Crowley and Margaret Murray, author of The Witch Cult in Modern Europe. Demonstrating a more than usual level of absurdity, Murray speculated that the Baron was a witch, celebrating the ancient fertility cults around the goddess Diana. It was suggested, moreover, that he was the victim of a conspiracy by the church, determined to lay claim to his lands, also without foundation as these reverted to the Duke of Brittany.

The fact is, despite the threat of torture, the process against Gilles is replete with detail, detail wholly unnecessary to secure a conviction, minute detail of most perverse forms of child abuse, mutilation and murder. Although the accusations of demonology seem doubtful, these were probably added in an attempt to make sense of the horror and carnage involved. It’s worth contrasting the details of the trial, of the accusations arising, with that of Jacques De Molay, Grand Master of the Templers, who was tried and convicted of heresy the previous century. The indictment against de Molay is artificial and unconvincing, almost formulaic, one might say. That against Gilles de Rais, again like that against Erzebet Bathory, convinces not in the grand sweep but in the weight of detail. He was a Catholic who descended into the deepest forms of perversity. It’s as simple and as direct as that. 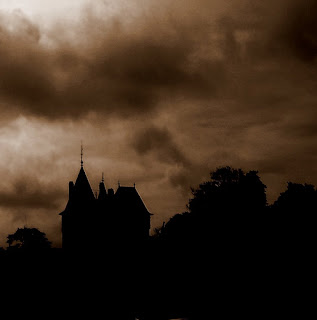