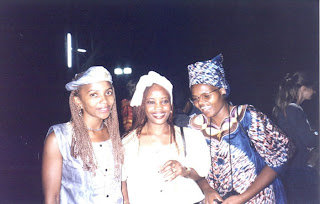 I was in Morocco over last New Year although that was not my first time in Africa , oh no. The New Year before that I went with my boyfriend of the time on a safari to East Africa, black Africa . We had hoped to spend some time in Kenya but the political situation was too tense just after the parliamentary elections, so we moved on to Uganda .

I had a really great time there, and met some fabulous people. What I always do is to get away as much as I can from the tourist ghettos, to met local people, people who can tell me what life is really like, to take me where no one else goes. It always works. I met some super friends, guys mostly, but also some girls. The prostitutes, yes, the prostitutes, in one of the bars I found myself in were just so sweet; I learned so much from them, and I still keep in touch with a few by email. Most of them are actually lesbian, which is, I suppose, no great surprise.

I think I was everywhere. I have great memories of eating fish and drinking beer by the banks of Lake Victoria . I was lucky enough also, after visiting the source of the Nile, to go and consult, well, I would have used the term ‘witch doctor’, but that is used only for the practitioners of the blacker arts; and when it comes to magic and witchcraft nowhere is blacker than Africa. Possibly shaman, though I do not think this term strictly accurate either. A wise elder, I suppose, an old man in ragged, traditional costume. It was right in the heart of the bush, in a village, a mud hut. We sat round a smoky fire, as I was told things about me and my future; not vague, in the usual way of these things, but specific…and accurate, mostly accurate, as it turned out.

On going back to Kampala we decided we wanted to fly on to Rwanda , to see the mountain gorillas, spending a few days in Kigali first. My Ugandan friends got really anxious, not assumed anxiety, but genuine apprehension. I should not go, they said. Why? I asked. Because there are too many witches there, they answered. I said nothing. :)) 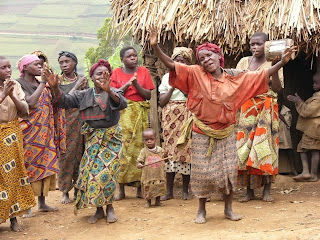 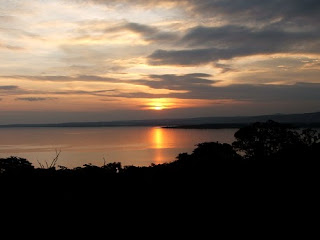