The Disaster of Iraq 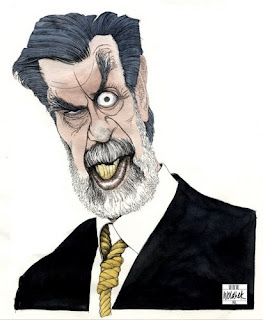 This is a piece I wrote in response to a question on one of the social networks I belong to. I think it's woth preserving here.

OK, I really don’t want to comment on the particular issues you have raised about Saddam’s rule in Iraq, or his attributes as a father (though you might want to check how Uday, the eldest son, turned out), and I certainly don’t want to say anything about American domestic politics!

In fact I’m going to sidestep your specific question altogether and address the grander issues. In other words, it’s not so much that the execution was wrong; it’s that the whole adventure in Iraq was wrong. It was ill-judged, badly conceived and dreadfully executed, something you clearly agree with, judging on the basis of some of the points you have made in your submission.

Worse than that, far worse, it upset the balance of power in the region to the immeasurable gain not of America and England, but Iran, always a far greater source of terrorist plotting than Iraq. The point is that no matter how dreadful Saddam was as a dictator, and he was pretty dreadful, he was at least a secular dictator, one who offered no encouragement to terrorism or religious fundamentalism. His regime served as an effective counter to Iran, always ensuring that one would keep the other in check in the grand game of strategic chess.

The point is that Iraq, as a nation, was shaped around some crucial tensions; that between the Sunni and Shiite Muslims, that between religion and secular politics; and that between the Kurds and the Arabs. Saddam, in his own inimitable fashion, kept all of these pressures under control. The main effect of the western invasion has been to uncork the bottles, letting these genies free.

Now instead of a strong secular dictatorship there is a weak democracy, haunted by its unresolved tensions. A large part of its population in the south is probably more loyal in political and religious outlook to Teheran, not Bagdad. Quite frankly, I don’t believe that Iraq will ever be a stable democracy in the western sense of the term. More broadly, and even more pessimistically, I do not believe that Islam and democracy are compatible at all.

There are other issues, other things opened up by the invasion that you might not have been aware of. Did you know, for instance, that women under the rule of Saddam enjoyed a relatively free lifestyle, in that they had many of the same opportunities as men? They were not required to wear the burqa or the headscarf. Now in the south around the city of Basra women have been murdered for being considered ‘too western’ by the Shiite militias. Female athletes have been threatened with death for appearing ‘immodest. The whole thing, quite simply, is a nightmare.

As far as terrorism is concerned we, both your country and mine, took our eyes away from the main threat in Afghanistan during the Iraq adventure, allowing the Taliban to make a major comeback in the process. My country has now left Iraq, your country is to follow. Sadly, I think it is then that the real monsters will emerge.

Bush and Blair had access to the best possible advice on all of the strategic issues I have raised here. Yes, they had access to good counsel, and then they simply ignored it. The Owl of Minerva always flies at dusk.
Posted by Anastasia F-B at 18:28