Waving the Flag for Hungary

It’s inevitable that right wing nationalism will wax strong in the current climate, fostered not just be economic problems but a general resentment against the bureaucratic absurdities of that monstrous monolith, the European Union, as well as more local resentments.

Anyway, I like to keep my eyes open for any new developments. I read a report at the weekend on Dr Krisztina Morvai, who is standing in the forthcoming European elections for the far-right Jobbik movement in Hungary. I’d never heard of Jobbik prior to this, but it seems to me to carry strong overtones of the Arrow Cross, the Fascist movement that controlled Hungary in the dying stages of the Second World War. Jobbik even has its own paramilitary wing, the Hungarian Guard. Oh, sorry, they are not paramilitaries at all; they are merely a collection of guys and girls in traditional Hungarian costume, at least they are according to Balzco Zoltan, the vice-president of Jobbik. Would you like to see the Hungarian national costume? Well, here it is. :-)) 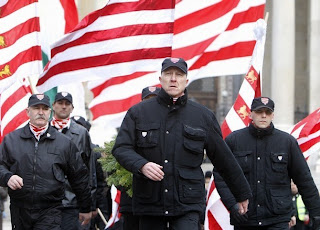 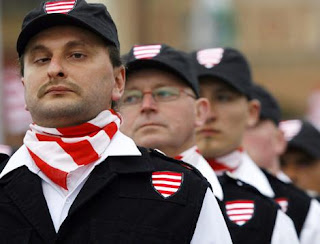 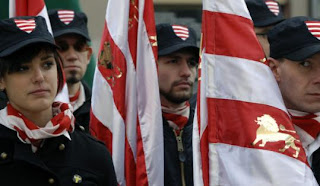