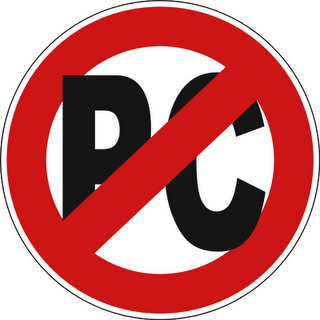 Now, where did I come across a sentiment like that, or something to that effect? Was it, perhaps, to do with culture? :-))

So, yes, let’s talk of human rights and human wrongs; let’s talk about the progress of absurdity. In 1998 our super Labour government finally incorporated the European Convention on Human rights into English law. I really feel like making some cutting and sardonic remark about Europeans, Continental Europeans, teaching the English anything, anything at all, about human rights, but that would only complicate things.

OK, a question for all who stumble this way: do you feel more secure, do you think this legislation has made your freedoms more secure? No, neither do I.

I don’t suppose too many people have read the Convention upon which this ghastly legislation is based. Let me just say that large parts of it are open to multiple interpretations. In other words it forces our judiciary to make law on the hoof, so to say, on matters that were once the prerogative of our sovereign parliament. Sovereign? Yes, I know; not for some time past. The whole process has become a joke; we are drowning in the absurdity of political correctness, running mad by license of legislation.

Norman Tebbit, that sentimental old leftie, wrote of the 1998 Act;

Our Parliament will be powerless to stop unelected and unsackable judges making the law because the Human Rights Act is so loosely and vaguely worded They will give rights to some people -- sex perverts, illegal immigrants, and criminals are top of the list -- which will rob us of freedoms we have had for centuries.

Yes, it’s true, but so much power has crept away from Parliament as freedom has from us, from ordinary people who have not the least interest in upholding some laughable and bogus principle.

Let’s consider the government’s policy relaunch earlier this year. Clearly running scared of the electoral advance of the BNP, clearly frightened that the sadly neglected ‘strongholds’ of Labour support are starting to crumble, Gordon Brown and Peter Mandelson, aka Lord Rumba of Rio, say that local authorities should now give serious consideration to allocating housing to those who have waited longest on their lists. In other words, local housing should go to local people or, better expressed, ‘British homes for British workers!’

Yes, this would certainly do much to reduce frustration in Labour’s council ghettos; it may also have the bonus of reducing crime by recreating organic communities, places where parents live close to their children or other family members; places where people actually know who lives next door to them. But they can’t do this, and there are two reasons why they can’t. First, because it goes against the Guardianist current in social policy, the long insistence that housing should be allocated on the basis of need and need alone. So, along comes the first asylum seeker off the lorry and once again Tracy and Kevin, who’ve waited for ten years, move further down the list.

This could be reversed, could it not, this insistence that middle-class home-owning liberals know best when it comes to the allocation of housing and other public services? Ah, but we now move to the second reason why the Labour relaunch is just another fraud, like ‘British jobs for British workers.’ It can’t be altered because such alteration would be a breach of ‘human rights.’ We can’t send asylum seekers back because, well, they might get spanked; we can only house them. Places get worse, people get frustrated, crime increases, the spiral goes ever downwards: Tracy and Kevin go mad; Tracy and Kevin’s parents go mad and along come the BNP!

Now I ask myself another question, perhaps one you would really like to know the answer to: am I against human rights, do I think legislation in this area is a bad thing? No, I am not; no, I do not. But I do think that human rights need to be balanced with human responsibilities. We have a long tradition of expanding and developing rights and duties under the law, from Magna Carta onwards. We had a long tradition, yes, had, of governing ourselves.

We do not need ‘human rights’; we need our rights and we need our history; we need to recover who we are an what we believe in; we need to free ourselves from the nonsense inflicted upon us from across the Channel. Remember this the next time you read of judges pronouncing on the ‘human rights’ of those who have no place in this country and no understanding of our traditions.
Posted by Anastasia F-B at 16:05