Jesus of the Muslims 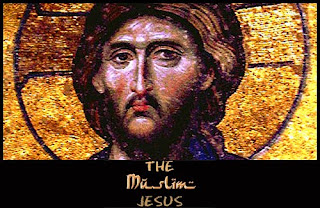 There is a rather interesting article in the most recent issue of the New Statesman by Medhi Hasan headed Jesus: the Muslim Prophet, based on an appreciation of The Muslim Jesus, a book by Tarif Khalidi, the former Cambridge professor of Arabic and Islamic studies. Khalidi’s book would certainly seem to be an impressive piece of scholarship, drawing together all of the sources about Jesus to be found in the Muslim tradition. These all paint a picture of a man broadly similar to that of the Gospels-a patron saint of asceticism, the lord of nature, a miracle worker, a healer, a moral, spiritual and social role model.

The big difference is that Jesus, known as Isa in the Arabic, is conceived of as a prophet, not as the Son of God. Even so he is given the singular honour of being referred to not only as a Prophet or a Messenger but also as the ‘Word’ or the ‘Spirit’ of God, a designation conferred on no other in the Quran, not even Muhammad himself. Of all of the prophets recognised by Islam, which includes the Jewish figures of the Old Testament, Jesus is considered to be second only to Muhammad, the precursor of the Prophet of Islam.

By the lights of Islamic theology it was Jesus’ task not to bring a new revealed law but introduce a new path or way based upon the love of God, quite different from a Jewish tradition based more upon reverence for the law and fear of God. It’s because of this that he is referred to in the mystic tradition advanced by the Sufis as ‘the prophet of the soul’, which I personally think both profound and rather lovely. I was also fascinated to discover that Muslims also believe in a second coming of Jesus, that he will appear before the end of the world to do battle with the Antichrist, referred to as Dajjal.

Mary, known as Maryam, also has a special place of reverence in Islam, considered to hold the most exalted position among women. Indeed, she is the only woman mentioned by name in the Quran, even having a chapter named after her. According to tradition, Muhammad is said to have described her as one of the one of only four women in history who achieved perfection. Islam also endorses the Christian belief in the Virgin Birth.

I agree with the point made by Hasan that so much more could be made of this common tradition to improve the understanding between Christian and Muslim communities across Europe, especially in times like these, especially when there is so much ignorance, prejudice and fear around, as if a whole faith community were best represented by a few ignorant fanatics.

The chief point about the Muslim Jesus is that he is a historical figure, much like Muhammad himself, the kind of figure who would have been recognised by the early Christian sects like the Ebionites and the Nazarenes, with the later man-made Christology, introduced by Saint Paul and others, stripped away. Again it’s worthy of note that American evangelicals like Franklin Graham are prepared to describe Islam as a ‘wicked religion’ while identifying with Judaism which allows no place for Jesus at all.

Shaykh Ibrahim Mogra, an imam in Leicester and the assistant general secretary of the Muslim Council of Britain, has urged Muslims to engage in the public and outward celebrations of Jesus, his birth in particular. He is entirely scathing of those absurdist politically correct councils like Birmingham, who attempted to substitute ‘Winterval’ (ugh!) for Christmas. “It’s a ridiculous suggestion to change the name of Christmas”, he said, “Britain is great when it comes to celebrating diverse religious festivals of our various faith communities. They should remain as they are, and we should celebrate them all.”