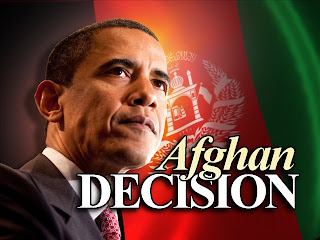 So, he’s done it at last, Obama has ‘surged.’ Why am I reminded of a certain Grand old Duke of York? Is it because when he is up he is up; when he is down he is down; and when he is only half way up he is neither up nor down? So let’s hear it:

Well, that’s what he wants to do; that’s what he said he is going to do. The trouble is he is neither up nor down, in nor out. In his usual muddle-headed and decisively indecisive fashion he is trying to reconcile contradictory aims: he wants to win the war but he does not want to get bogged down in another Vietnam. He has to convince America, he has to convince his own party, largely made up of pacifists and peaceniks of various shades of pink, that his commitment is not ‘open-ended’, that the boys will be coming home not next year but the year after. He also has to convince the Taliban that America is in to win, no matter how long it takes. Do you see; do you see how this man ties himself in impossible knots?

Look at it from the Taliban point of view; just imagine what a boost they have received to their morale. They did not need spies and interceptors: they’ve been able to see inside this man’s mind for months. His inexcusable delay in making up his mind shows that he has no stomach for this fight and that he really does wish to depart. He’s now made a vague promise about departure, one he is almost bound to hold to in some fashion or other, because by 2011 America will already be looking towards the next presidential election. Without firing another shot, or exploding another bomb, the Taliban has already won an important tactical victory. All they have to do is hang on, an army of ants pursued by an elephant, waiting for Obama’s contradictions to mature.

Here is a President, possibly the worst ever, possibly just another James Buchanan, who does not speak and act like a commander-in-chief; he speaks like a politician, forever minding his back, forever looking over his shoulder; mid-terms in 2010, the big one in 2012. America is now in a kind of limbo, not knowing exactly where it is going, or even why it wants to be there. The war is either necessary or it is not. It is either vital to America’s security, to the security of the west, or it is not. Obama does not give a clear lead in one direction or the other.

As I have said now on a number of occasions he is still on the campaign trail, not an executive just a rather edgy candidate. Yes, he has been given the tools but he has not the stamina, he has not the will, he has not the energy to finish the job. Please do remember that you read this unhappy prediction here first. Oh, and if you don’t know who James Buchanan is he was another prevaricator, the one who saw America drift towards the Civil War. 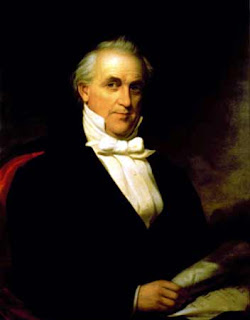