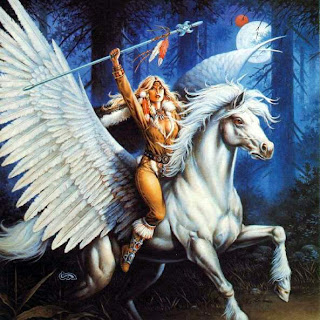 Diana, Mother of the Forest, is the one spirit most associated with witchcraft. Revered by the Romans and closely identified with Artemis, the Greek goddess, Diana is unique to Italy, originating, perhaps, with the Etruscans.

Although Diana has the same attributes as Artemis her associations with night, darkness and magic are much stronger. Also she lacks the virginal aspect of the Artemis cult, being much earthier in that particular respect!

In Celtic Europe the goddess was worshiped in the form of a log. Though revered by women she was also worshipped by men. Werewolves might conceivably be wolf-shamans or lunar priests dedicated to Diana.

Although Diana emerged as a local deity in Italy she became popular across Roman Europe, so much so that the early Christians saw her as one of their greatest rivals. So, when they achieved political power in the late Empire, Diana was one of the ancient deities most reviled.

Her association with witches meant that her name continued to be evoked during the great witch hunts of the medieval and early modern periods. She was described by the Inquisition as Satan’s bride. In 1487 Tomas de Torquemada, one of the most loathsome of all the Inquisitors, went a step further, saying that Diana was the Devil. Indeed another term used by the Inquisition to describe witches was the Society of Diana.

But despite the intensity of the persecution the devotion to Diana survived the Burning Times. Now she is among the most beloved of deities, central to the witchcraft tradition in Italy and elsewhere. 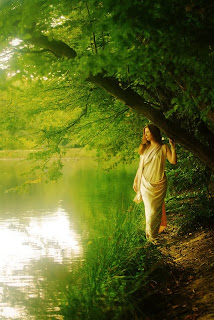 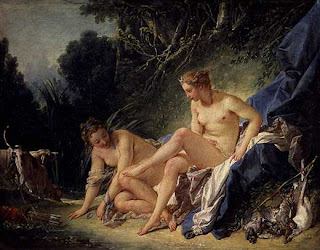 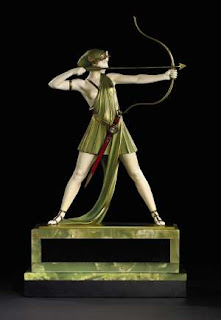