The Once and Future King 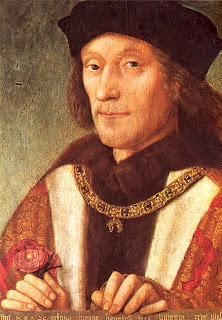 We have been here before in the cycles of our history, the fag end of yet another Labour government, ever deeper into incompetence and mismanagement, ever deeper into debt. It has been proved time and again that these people are simply not fit for government; they never will be. They left the country in a mess in 1951, in 1970 and again in1979, but this is nothing compared with the horrendous mess that will be left by Brown and co.

Indeed, though still months short of a general election, it is doubtful if we have a ‘government’ any longer in the meaningful sense of the term, people who are willing and able to face up to the problems of the nation, the very real problems before us. No, we do not have a government, we have a party machine determined to hold on to power at all hazards, no matter the damage that is caused.

We have a Prime Minister, if we can call him that, the most ludicrously incompetent in our history, fiddling like Nero, pretending that the debt crisis, the horrendous debt crisis that he is responsible for, can be met with ‘efficiency savings’. He will by these means, save £3 billion, while a Golden Palace is spun out of the £655 billion that remains. Oh, what palliative treatment we will need when Nero is finally driven protesting from the stage and the New Labour circus is over. What an artist will die in Brown. What an artist indeed.

A new style of leadership is needed, a new form of government, altogether more sober and more realistic. What better model than Henry VII, the first Tudor, the five hundredth anniversary of whose death came this year? His reign had none of the drama of Henry VIII; none of the frustrated promise of Edward VI; none of the tragedy of Bloody Mary and none of the glory of Elizabeth. No, but he was still the smartest and shrewdest of them all. A careful manager, a founder of the modern English state, a believer in financial responsibility and political stability, a man who recognised that military adventures, adventures beyond our capacity, were bad for business, bad for security and bad for stability. Yes, a smart man, a shrewd man, a careful man. Altogether the best example for the difficult times ahead.
Posted by Anastasia F-B at 16:28