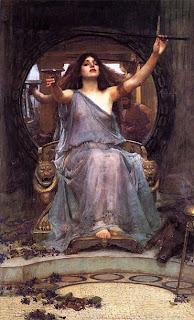 Here is what Homer says about Circe the Divine:

In due course we came to the island of Aeaea, the home of the beautiful Circe, a formidable goddess, with a mortal woman’s voice. She is the sister of the baleful Aeetes, both being children of the Sun who lights the world, by the same mother, Perse the Daughter of the Ocean.

What a wonderful combination: the daughter of the Ocean and the Sun! Circe’s very name is synonymous with sorceress, which gives her the singular honour of being both a goddess and a witch. According to Homer she island home also serves as a prison, a place to where she was banished after poisoning her husband, the King of the Sarmatians. There she spends her days singing and weaving, the habit associated with the fates.

Circe is also one of the great shape-shifters though she is better known for transforming the shape of others, by magic turning Odysseus’s crew into pigs, either because this is an animal sacred to her or as a comment on the inner nature of the men!

It was Circe who educates Odysseus, after ne becomes her lover, in the magical practices that allow him to descend into Hades and talk with the dead, Achilles among them. It is also because of her magic that he is able to continue on his homeward journey in relative safety.

Beyond her appearance in the pages of The Odyssey few of the myths associated with the goddess witch have survived. Even so, she has been an inspiration to artists down the ages, appearing in all sorts of literary and artistic media. Amongst other things she inspired the first ballet, commissioned in 1581 by Catherine de Medici, one of the most powerful women in French history, herself reputed to be a sorceress. The production by La Ballet Comique de la Reine was over six hours long all devoted to the legend of the great witch. 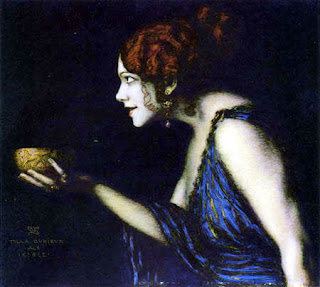 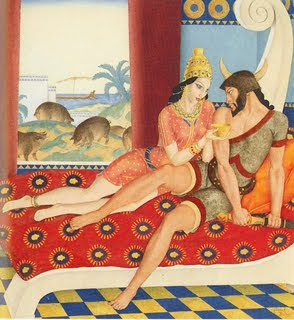 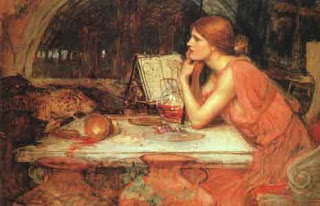 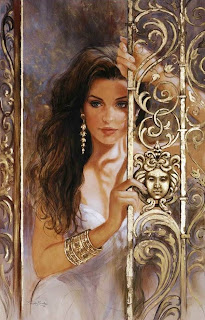