The Fairy Witch of Tipperary 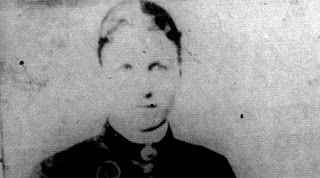 Are you a Witch?
Are you a Fairy?
Are you the wife of Michael Cleary?

I have a story for you, a story of witchcraft or the most horrendous abuse of a husband by a wife that I have ever read of; I simply can’t be sure which. It’s from Ireland and it concerns one Bridget Cleary, tortured and roasted to death in Tipperary in March 1895; yes, that’s right, in 1895, long after the burning times had passed into European history.

Bridget, whose maiden name was Boland, seems to have been a remarkable woman, not at all typical of the peasant society into which she was born in February, 1867. When she was twenty years old she married one Michael Cleary, a cooper, who moved into the house she shared with her parents. Her mother died in 1894, leaving Bridget alone in the house with Michael and her father, who would also be implicated in her death.

Bridget, by reputation and report, was a single-minded woman, independent and enterprising. Unlike most of her female contemporaries she had an income of her own, earning money from the sewing she did with her Singer machine and selling eggs from the poultry she kept. Although after eight years of marriage she had no children this seemed to cause her no distress at all. More than that, she seems to have relished in the relative freedom she enjoyed, coming and going as she pleased. According to reports gathered after her murder she had a defiant nature. In The Cooper’s Wife is Missing, a book written by Joan Hoff and Marian Yeates, she is described by her neighbours as having the ‘disturbing habit’ of looking men straight in the eye, a trait attributed to Pagan women.

Bridget’s mother had the reputation of being a ‘fairy expert’ and a witch. Bridget herself is reported to be fascinated with fairy lore. Her story is an interesting demonstration of the way in which fairies and witches were closely associated in the popular mind. In the last year of her life Bridget is reported to have visited so-called ‘fairy forts’, prehistoric earthworks reputed to be the favourite haunts of the supernatural spirits. The reason for this is unclear, though one suggestion has it that she was trying to make contact with the spirit of her dead mother.

Michael himself had some experience of fairy contacts. When he was a boy his mother, also called Bridget, is alleged to have disappeared with them for days at a time. When she returned she began to practice as a ‘fairy doctor’, supposedly using supernatural attributes gifted to her. Whatever the truth of the matter Michael was left with an abiding fear and hatred of fairies, obsessed with the notion that they would also take his wife, leaving a changeling in her place.

The earliest evidence that the subject of fairy forts caused dissension between husband and wife comes around Christmas 1894, when Michael ordered Bridget to stay away from these places. True to her nature, she refused, even though Michael threatened to burn her as a witch, according to evidence later gathered at his trial.

Bridget’s last reported visit to a fairy fort came on 1 February 1895, the first anniversary of her mother’s death. The following month she took ill, supposedly showing signs of a fairy-related illness: aches, pains and chills. To begin with she received conventional medical treatment, the doctor diagnosing nervous exhaustion and slight bronchitis, but as time went by Michael began to believe that the real Bridget had been abducted by the fairies and a changeling substituted. It was soon after that the horror began.

With the aid of some neighbours and Bridget’s father, Michael attempted his own exorcism, forcing his wife to swallow bitter potions prescribed by ‘fairy experts.’ When that failed to work ever more drastic remedies were applied. She was finally put into the grate and effectively roasted, a little like a character in a fairy tale. A can of paraffin was then poured over her by her husband. Witnesses reported that he said he was not burning his wife but a witch, who would go up the chimney. Her screams of agony were ignored because they were said to be those not of the woman but the invading spirit. When some of the Cleary’s female neighbours attempted to stop Bridget’s ordeal Michael threatened to roast them also.

Bridget’s remains were later discovered almost a mile from the Cleary home, wrapped in a sheet and buried in a shallow grave. Her entire back and lower abdomen had been roasted to the bone, her internal organs all visible. In all eleven people were arrested on a charge of murder. Michael was eventually convicted of manslaughter not murder and sentenced to twenty years in prison, of which he served fifteen. Other defendants received lesser sentences depending on the degree of their involvement. On the face of it does indeed seem that Bridget was a victim of entrenched forms of superstition, mixed, perhaps, with some spousal resentment.

Superstition followed Bridget into death. No Catholic priest would officiate at her funeral because they were strictly charged against performing the sacraments where fairy-craft was suspected. Those who died under such suspicion were refused a Church burial. She was finally buried at night by four policemen, one of whom read the burial service, outside the church walls in an unmarked grave beside the body of her mother. 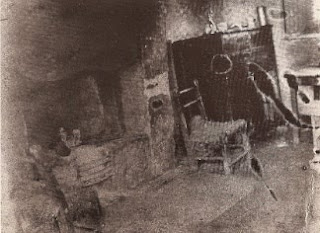 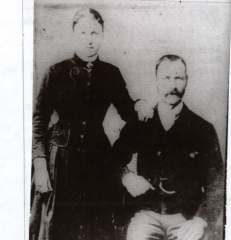 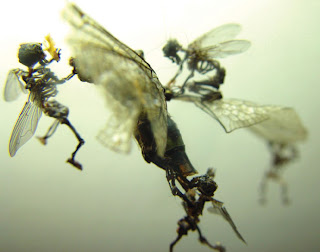 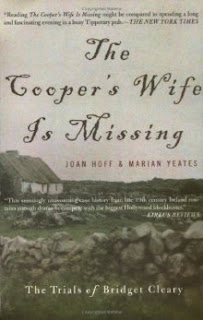