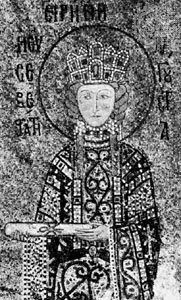 My mind has ranged over so many aspects of history; there are so many periods for which I have particular affection, vanished civilizations, vanished ages. I suppose most people if asked about the Roman Empire will bring the classical period to mind, the period that supposedly disappeared under the hoofs of the barbarian hordes. But the Roman Empire did not die in the fifth century. The empire in the west vanished by stages but in the east the empire survived and later flourished. We know this retrospectively as the Byzantine Empire but the inhabitants of Constantinople would always describe themselves as Romans, Greek speaking though they were.

It was through books like the Alexiad of Anna Comnena that I came to know the Empire first hand so to speak. Anna was the daughter of Alexius I Komnenos, emperor from 1081 to 1118, and the Alexiad is her account of his reign. She was a remarkable daughter of a remarkable ruler. She was an inspiration to me, one of the few women of the middle ages to leave an account of her times.

An accomplished historian, she had a wide breadth of knowledge in so many other areas, from philosophy to medicine. The Alexiad itself is now the chief source for the history of the Byzantine Empire in the late eleventh and early twelfth centuries. One of her contemporaries, Georgios Tornikes, Bishop of Ephesus, said of Anna that she was a person who had reached "the highest summit of wisdom, both secular and divine." I would just add that she was, in my estimation, the noblest Roman daughter of them all. 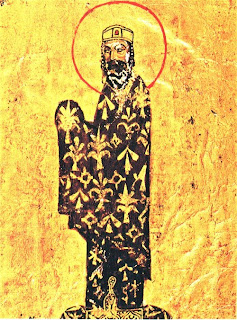