The Congress of Mice 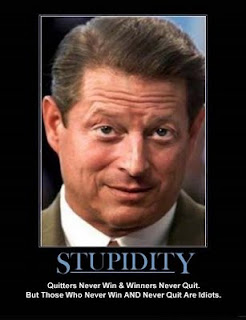 The past is a foreign country; they do things better there. Oh, yes they do. Anyone with any sense at all could have predicated that the massive jamboree at Copenhagen would be utterly pointless. There was never going to be any real substance but where was the style, where was the glamour, where was the panache? How utterly insignificant they all seemed, the leaders of our world, what silly little pygmies trying to cut a figure on the stage of history. What a joke the whole thing was, what a total scream, the place packed with polar bears representing one group of global warming fascists or another.

I loved Gerald Warner’s suggestion that Copenhagen was an attempt to recreate the Congress of Vienna with a cast of third-rate extras. The climate itself seemed to be laughing at them, showering England in snow and giving us the coldest December days in years! What a cast there was at the 1815 Congress: the great Prince Metternich for Austria; Castlereagh and Wellington for England, Talleyrand for France. Even Tsar Alexander of Russia, not the most intelligent of autocrats, casts a shadow like a colossus from the past across Obama, Brown and the rest of the vulgar and mediocre Copenhagen crew.

This congress of mice was never about saving the world, no, it was cheap and undignified haggling over money, over who gets what, with a touch of added blackmail, tantrums and phony histrionics. It was quite simply, as Warner says, about blatant greed and naked self-interest, the so-called developing world, which never seems to develop, attempting to extort as much as it can from rest; a modern form of Danegled that will go into the vaults of some dictator or corrupt politician-you chose; there are so many-to buy limos in countries that barely have roads.

Think also about the terminology these clots were using. Think about the precise meaning behind the phrase ‘legally binding agreement.’ Now ask yourself one key question: in what fashion can a sovereign state be ‘legally bound’ to cut carbon emissions or anything else for that matter? In what way would breaches of these ‘legally binding agreements’ be addressed? By sanctions? By war? The questions are rhetorical because I don’t know the answers and I’m reasonably certain the mice would not know the answers either, even if they had considered the questions.

The lie of global warming, the pseudo-science behind it, is without doubt the greatest scandal of our age, through it may take years before the world wakes to this simple truth. Meanwhile the warmists will continue to spread panic and despond as a way of pushing ‘green taxes’ ever higher, as a way of sucking the life out the western economy, of moving resources from the productive to the wasteful. But who is prepared to stand against this; who is prepared to challenge the bogus orthodoxy? None from the congress of mice, of that we can be certain.
Posted by Anastasia F-B at 16:42