Freya of the Witches 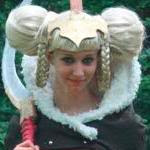 Freya, the daughter of Njord and Herta, of the Sea and of the Earth, is the most beautiful and revered of the Norse pantheon, a kind of Viking Venus, with dominion over love, sex, pleasure and fertility. She also has dominion over death, magic, glory and-perhaps most important of all-over witches and witchcraft. From the moment of her arrival in Asgard, the home of the gods, she is immediately identified as a witch, teaching her fellow immortals how to craft charms and potions. It was she who introduced Odin to runes and shamanism.

Most of the other surviving Norse goddesses survive only as ‘wives. Freya, in contrast, answers to no-one. She was married but Od, her husband, disappeared under mysterious circumstances. She travels through the heavens in her independent course on a chariot pulled by two large gray cats, Bee-gold (Honey) and Tree-gold (Amber) said to embody her twin qualities of ferocity and fecundity. She also rides a boar into battle, as does her brother, Freyr. Her sacred day is Friday and her sacred number is thirteen. Hence the malevolent associations of Friday the thirteenth by the Christians!

The Christians held a particular fear of Freya and all she stood for, which paradoxically has meant she continued to have a far more vivid presence over time than many other Pagan deities. Constant condemnation, in other words, stopped her slipping into obscurity. In the Althing, the Icelandic parliament, she was even described as a ‘bitch goddess’ by one Christian in the debates leading up to the adoption of the new faith.

Freya was continuously denounced as a Queen of Witches, automatically branding women who revered her as practitioners of the art. But her cult proved particularly resilient. Snorri Sturlsson, the thirteenth century Icelandic chronicler, says that she was the most renowned of all of the goddesses, still worshipped in his day. Her last surviving temple at Magdeburg was destroyed by Charlemagne in the eighth century AD but amazingly as late as 1688 it was claimed that the ‘worship of Frau Venus’ was still live in the area.

Though banished from the mountain peaks of Norway but she continued to dance with her devotees in The Brocken, the highest peak of Germany’s Harz Mountains, where she presides over the annual Midsummer and Walpurgis festivities. She is among the most beloved of deities for Neo-pagans. 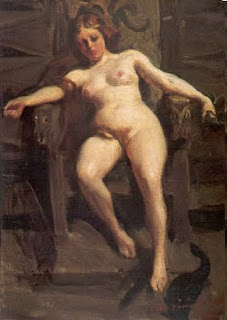 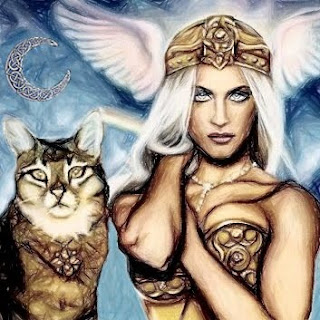 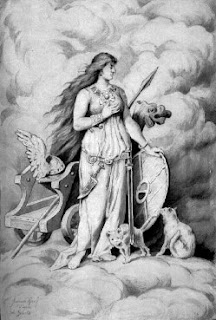