If one wants to understand the concept of Lebensraum as understood by Adolf Hitler it is best to begin with Chapter XIV in volume two of Mein Kampf, headed Germany's Policy in Eastern Europe. Here is the key to Hitler's thinking on the subject;

Therefore we National Socialists have purposely drawn a line through the line of conduct followed by pre-War Germany in foreign policy. We put an end to the perpetual Germanic march towards the South and the West of Europe and turn our eyes towards the lands of the East. We finally put a stop to the colonial and trade policy of pre-War times and pass over to the territorial policy of the future. When we speak of new territory in Europe today we must principally think of Russia and the border states subject to her.

It was his view that Germany was too vulnerable within its existing borders, the population was too large for the territory it inhabited, and new land in the east was necessary as a guarantee for national security, an outlet for Germany's surplus population, and a way of restoring the balance between industry and agriculture, which had tipped too far in favour of the former.

Beyond Mein Kampf one can find much more detail on this whole subject in the manuscript of a second book he wrote specifically on foreign policy. Unpublished during his life-time, it subsequently appeared after World War Two as Hitler's Secret Book. In this he identifies four options: first of all, Germany could do nothing, in which case the initiative would pass to other nations with disastrous consequences; second, the country could strengthen itself through trade, but this would inevitably mean a clash with the British Empire; third, it could attempt to re-establish the borders of 1914, but this is dismissed as "...insufficient from a national standpoint, unsatisfactory from a military point of view, and impossible from a racial standpoint"; and lastly, Germany could go to war, with the aim of expanding towards the east, which is the favoured course. Hitler argues that Germany requires at least 500,000 square kilometres in the east, which would more than compensate for the 70,000 square kilometres lost by the Treaty of Versailles.

The third source is a book called Hitler Speaks, a memoir written by Hermann Rauschning, a former Nazi who turned against the movement. This is a text that has to be treated with a high degree of critical detachment, and is considered so suspect that it is dismissed altogether by some, including Ian Kershaw, the author one of the best recent biographies of Hitler. Even so, some of what Rauschning 'reveals' is fully in keeping with what we already know in general outline from Mein Kampf and the Secret Book. Germany would colonise Bohemia and Moravia, western Poland and the Baltic States. The unwanted Slav population, those not retained as serfs, would be deported eastwards, towards Siberia.

This is as specific as it gets, though there are other sources for Hitler's expansionist mentality, including, surprisingly enough, the 'westerns' of Karl May, which he continued to admire all of his life, with their depictions of white settlers colonising vast open spaces and fighting off the redskins in the process. Political sources for Hitler's notions of the 'eastern' include the pre-War Pan-German League, which had argued for German expansion into the Ukraine and the Baltic provinces of the Russian Empire.

This view was taken up by two Baltic Germans, Alfred Rosenberg and Ludwig Maximilian Erwin von Scheubner-Richter, both of whom became close associates of Hitler from the earliest days of the NSDAP. Other possible sources of inspiration include Erich Ludendorff, another early associate, who during the War had advocated German settlement in Poland, the Baltic States and the Ukraine. Through Rudolf Hess, Hitler also became aware of the new school of 'geopolitics', especially the work of Karl Haushofer, a professor of geography at Munich University. Haushofer believed that whoever controlled the Eurasian heartland could control the world. He was to draw maps in which Leningrad, Moscow, the Ukraine and the Volga valley all appear as 'German' territory.

Hitler's views on the matter, like his views on most things, were never to be reduced to a single blueprint, and to a large extent remained open-ended, without defined limits and specified ends. It was only after the outbreak of the War, especially after the commencement of Operation Barbarossa in June 1941, that one can detect some more precise contours. Towards the end of 1941 the RSHA, the main Reich security office, drew up a plan for the whole of the occupied east, which focused on the Germanisation of the Baltic States, the Protectorate of Bohemia and Moravia, the Ukraine and White Russia. The long-term intention, extended far into the future, was to turn the whole of this area into a home for 600 million Germans. More immediately, some 45 million Slavs would be removed to make way for German settlers. It is almost certain that such a detailed set of proposals could only have emerged as yet another of the Führer's 'visions'. 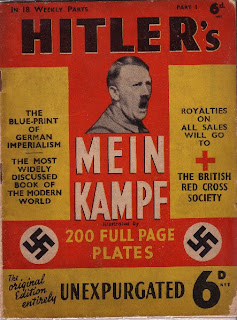 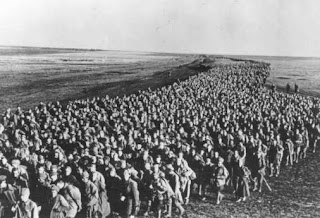 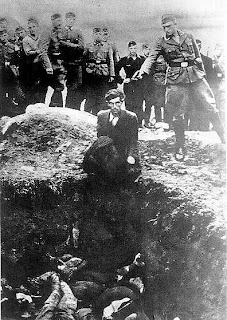