The Magic of Mistletoe 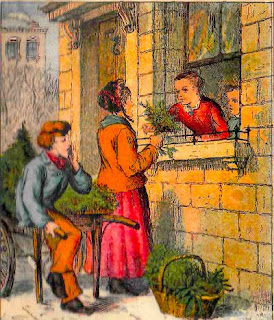 Mistletoe, for reasons that will become apparent as I proceed, is also known as Witch’s Branch or Witch’s Broom. Widely scattered from Northern Europe, parts of North Africa and all the way to Japan, it has long been considered to have magical properties wherever it is found.

It’s unique for one simple reason: it’s not a ‘plant’ understood to be an organic life growing on the face of the Earth. Rather it’s a parasite that attaches itself to trees, and eventually may suck the life out of them. In this sense the identification with witchcraft has distinctly megative connotations. The poisionous berries are also known in Geraman as ‘witches berries.’

Mistletoe was sacred to both the Romans and the Greeks, who believed that it originated from the lightning that struck the trees. It thus reprsesented life energy and generative, magical power. According to Sir James Frazer, authour of The Golden Bough, it was also sacred to Diana, Queen of the Witches.

It was nicknamed ‘thunderbroom’ by the Celts, uniting male and female sexual symbolism. It is the one plant most associtated with the magic of the Druids, who believed it inauspicious for mistletoe ever to touch the ground.

In Germanic tradition it was closely associated with the goddess Freya, bringer of love and fertility. The imagry here is complex, because there are two sides to Freya, light and dark: she brings life but she also brings death.

Because of its pagan associataions, and because of the skill required in its magical preparation, it became closely associated with witchcraft medicine and the magical arts in general. It’s really only on Christmas Eve that it becomes a stimulant for love and romance. :-) 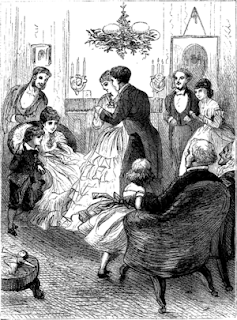 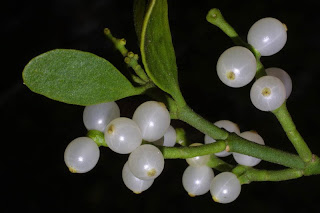 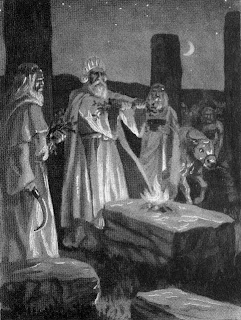