Stalin and the Nudes 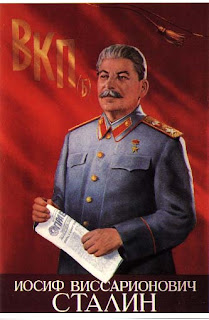 I mentioned in a previous blog that I’m reading Robert Conquest’s The Great Terror, an account of Stain’s Purge of the mid to late 1930s, the latest in a series of books I have read on the dictator’s life and career. I think, on a rough calculation, that I have now read more books and articles on Stalin than I have on Hitler.

While I cannot truly claim to know what motivated the latter I think I have a slightly better understanding of him than I do of the former. Stalin, I have to say, as a human being, remains a complete enigma. The core question, one I simply cannot answer, is why would such a man, cruel, vindictive and malevolent to a quite unbelievable degree, ever have embraced an ideology like Marxism, which, no matter how perverse, advances a model of human enlightenment and liberation? All I will say is that Stalin is a figure who can only be understood in the context of Russian history, in all of its grandeur and all of its tragedy.

Now a little piece in Saturday’s Telegraph complicates the picture still further. Stalin, I know, liked to doodle when he was thinking. What I did not know was that he took classical nude drawings and defaced them with messages ridiculing opponents and colleagues. These ‘art works’ have now gone on exhibition in Moscow.

On one of the nude male figures Stalin has written “Ginger bastard Radek, if he had not pissed against the wind, if he had not been angry, he would still be alive.” Karl Radek, a former Secretary of the Comintern and one-time supporter of Trotsky, was jailed for ten years in the second Moscow Show Trial but never emerged alive from the labour camps. 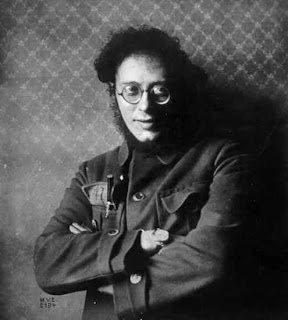 In a sketch of a bearded nude man Stalin has drawn a red inverted triangle over his penis with the comment “Why are you so thin?” According to experts the insult was specifically directed at Mikhail Kalinin, one of the dictator’s own circle, a nonentity who served as the nominal head of state from 1919 to his death in 1946.

I’m not sure what these drawings tell us other than perhaps to throw a little more light on the darker recesses of the tyrant’s psyche. 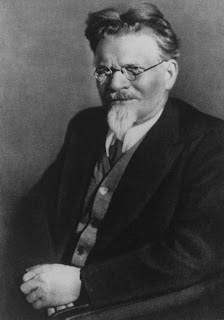