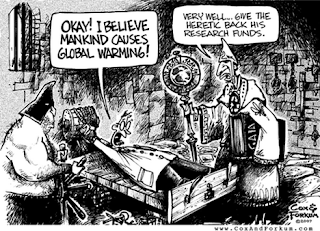 During Stalin’s purges in the late 1930s those arrested were almost invariably called ‘wreckers’ or, even more common, ‘saboteurs.’ It now seems to be an insult favoured by those wedded to the climate-change orthodoxy, judging here on the basis of Ed Miliband's recent attacks on Nigel Lawson and David Davis. What was the crime of these loathsome heretics? Why, to suggest that there is an alternative way of looking at this issue and the data supporting the man made climate change hypothesis is not conclusive.

My own view is simple: the climate change argument is based, as we now know, on the deliberate manipulation of data. If you like it’s Lysenko-science, named after Trofim Lysenko, the fraud who dominated Soviet biology for so many years. We know how hysterical the neo-Lysenko movement is; we know from the emails leaked from the Climate Research Unit at the University of East Anglia, a world ‘authority' on the campaign behind the new orthodoxy. Lysenko was fortunate in that anyone who challenged his bogus theories, which were to do so much harm to Russian agriculture, was immediately packed off to the Gulags. Professor Phil Jones, the director of the CRU, is, sadly for him, limited to spreading verbal poison.

Yes, he lets off steam in an impotent and childish fury against the heterodox, sharing his passions with fellow global warming enthusiasts. The death of a scientist who expressed a sceptical view was greeted as ‘cheering news’. One of Jones’ American contacts said the next time he saw Pat Mitchell, another sceptic, he would ‘be tempted to beat the crap out of him.’ And it is by such elevated and refined thought that science makes progress in the modern age. Meanwhile inconvenient information, information that challenges the accepted hypothesis, is quietly set aside.

None of this surprises me really, because science does not operate on the strictly rational model that so many assume, the sort of explanatory framework advanced by the likes of Karl Popper. No, it does not; for scientists are human beings, as driven by emotion and self-interest as the next person. Thomas Kuhn’s The Structure of Scientific Revolutions is a useful guide here. There is, if you like, a lethargy to scientific progress; that scientists may very well hold on to existing paradigms simply because they are not yet ready to embrace the alternative; in some cases they may never be ready.

After all, think of all the fat research grants the Lysenko-Jones people attract, all that lovely state support. One gets used to the jet-setting life, off to conferences in luxury hotels around the world, places where deals are done and preconceptions reinforced, where lie breeds on lie and half-truths on self-serving illusions. Who, in those circumstances, is bold enough to face the truth, to become the enemy of the–scientific-people?

Here we are no on the threshold of the Copenhagen conference where the likes of Miliband, who, as Secretary of State for Climate Change, has also made a nice career out of hunting dragons, and a rest of the world’s political community are about to leave a huge carbon footprint while feeding on the poppycock of Jones-Lysenko.

What will it mean? Is this about saving the world? No, its about imposing more and more restrictive practices; its about further advances in the coercive power of the state; its about forcing green ideology down the throats of people who neither need or want it; it’s about preaching and, inevitably, its about more and more bureaucracy. It really does not matter if that academic thug Professor Jones has been rusticated, his message carries on its weary way. To question it is to be a ‘wrecker’, or a believer in a flat earth according to Gordon Brown, the British Prime Minister.

Christopher Brooker, journalist, author and heretic, is right: the obsession with man-made climate change, the obsession with a dubious paradigm, is rapidly set to become the greatest scientific scandal of the age. The ghost of Lysenko walks quietly down the corridors of power. 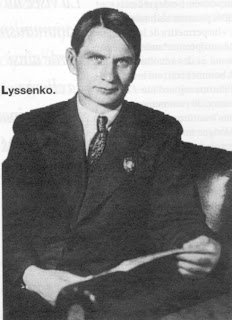 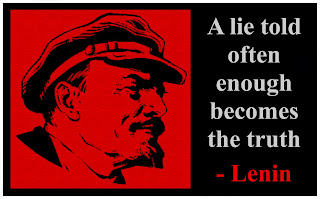