History is not Blind 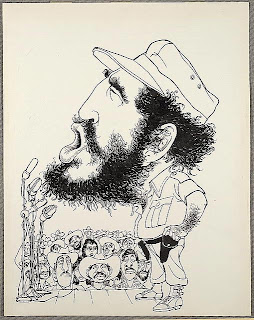 Do you think that Raúl Castro reads Orwell, specifically Nineteen Eighty-Four? It's just that in reporting the dire state of the Cuban economy earlier this year not all the woes were placed at the door of the dreaded Yankee Devil. No, he said that Cuban and Cubans were often to blame for their own shortcomings, for the fact that "often two plus two results in three." I personally think he is being over-generous. The operation of Communism in Cuba has meant that two plus two more often results in two, perhaps less.

For the Cuban people the truth is depressing. Raúl the Benevolent ordered a wage increase for over a half million employees in the education sector, which really meant they had more paper in their hands, for there is little or nothing to buy. And what pesos can buy is either sub-standard or outright rubbish. Even food is in short supply. Amazingly up to 80% of the food supply has to be imported because the inefficient state farms simply can't produce enough. Worse than that they control most of the best land but leave much of it idle. Raúl is now offering incentives to private farmers, but agricultural production continues to fall. I imagine people are all too aware what might happen from past experiences, when the tiny private sector was flourishing, flourishing just a little too much for Big Brother (and here I really am thinking of Raúl's Big Brother!). He promptly saddled it with prohibitive taxes, opening the goose to find the eggs.

Touching on Big Brother let me tell you a story about Fidel. Some of you may have been to Cuba, in which case you may have seen reprints of his History Will Absolve Me speech, the one he gave at his trail after the failure of the attack on the Moncada Barracks in 1953, his own Latin version of Hitler's 1923 Beer Hall Putsch.

What; Hitler and Castro; Munich and Moncada; Fascism and Communism? Surely not! Oh, yes, one can make a direct comparison between the two events in terms of the political mythology they engendered, that of the heroic failure, one that subsequently became an integral, and celebrated, part of the propaganda of both German Fascism and Cuban Communism. I also suspect that Castro had more than a passing familiarity with the 1923 events in Munich; for in his subsequent trial he cast himself in more or less the same 'man of destiny' role that Hitler did in 1924, even drawing on the same tiresome hyperbolic style. Consider these;

I warn you, I am just beginning! If there is in your hearts a vestige of love for your country, love for humanity, love for justice, listen carefully... I know that the regime will try to suppress the truth by all possible means; I know that there will be a conspiracy to bury me in oblivion. But my voice will not be stifled - it will rise from my breast even when I feel most alone, and my heart will give it all the fire that callous cowards deny it... Condemn me. It does not matter. History will absolve me.

The first passage is Hitler and the second is Castro. Both, it would seem, have lodged appeals in exactly the same court. I leave it to you to decide if this is coincidence or not! History is not blind; Clio never absolves deadbeats and tyrants! Granice a la victoria. :-)) 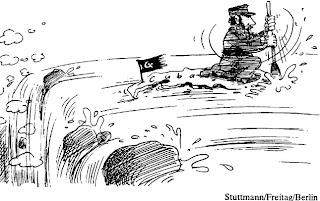 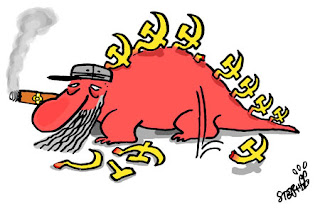