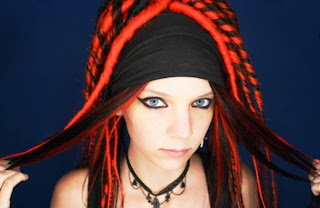 The word 'pagan' is highly problematic as, indeed, is any meaningful contemporary usage. Here are a couple of edited extracts from a discussion I had on a networking site.

1. Pre-Christian communities would not have used the word 'pagan' to describe themselves. The problem is that there were so many cults without a single defining figure that no umbrella term existed, or could exist. A Roman was a Roman and a Greek was a Greek. These terms were sufficient in themselves. They worshiped, as a patriotic and a personal duty, their own particular Gods and Goddesses. Greeks, moreover, simply used the word 'barbarian' to describe all those who could not speak their language. It has been said that the Romans admired only the Greeks and the Greeks admired only themselves.

2. To be perfectly honest I do not believe it is possible to use an expression like 'pagan community' in any meaningful way. It's a bit like saying there is a 'pizza-eating community.' Well, there is! OK, OK, I know that's a bit extreme, but I'm sure that you understand what I am driving at. There is simply too much diversity among non-Christians ever to allow them to be grouped together. For instance, I describe myself as a witch, as the mood takes me, because I love the magic, the power and the mystery of witchcraft. I almost never using the term pagan, though that is how I could be defined.

So, that’s the essential problem: there never were ‘pagans.’ It was a disparaging term invented to ‘rusticate’ and thus marginalise and diminish adherents of the old cults by a new, intolerant and dominant ideology.

Inasmuch as ‘paganism’ has become a new badge of definition in contemporary world it carries none of the former negative overtones; but usage is still problematic. Inspired by pre-Christian is as good a label as any and probably better than most, but it still raises specific issues over Satanism, insofar as this is inspired by a figure shaped by the Judeo-Christian tradition. But, in the end, does any of it really matter? It’s one of these areas where there is never going to be a complete consensus, and labels, all labels, are limiting and self-limiting. Be free; be yourself.
Posted by Anastasia F-B at 16:40