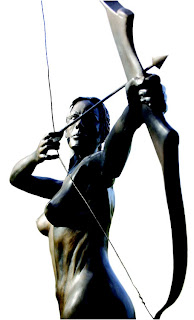 I love hunting, I have since I rode to hounds for the fist time when I was twelve years old. I’ve also enjoyed a spot of rough shooting now and then, small game. It’s just a thrill; I offer no excuse or justification beyond that; I have absolutely no guilt or regrets. I like to think of myself as one of the daughters of Artemis, Diana, if you prefer, one of strigae, the wild women who followed the goddess in the hunt. But through the ages, at least until modern times, the practice of hunting has been seen as the preserve of men. It pleased me to read a nice corrective to this assumption, an article by Richard Almond entitled The Medieval Huntress in the latest issue of the BBC History Magazine.

Although hunting in the medieval period was universally popular among men, there is little or no mention of female hunters in the texts that have survived from the period. But taking a wider view, looking at illuminated manuscripts, tapestries, paintings, carvings, engravings and prints, women, women from all social classes, can be seen taking part in all sorts of sport. There, at one level, are the great ladies of court, pursuing deer on horseback or shooting driven game, while at the other level peasant women net birds, ferreted rabbits and even poach venison.

Most often these women are depicted alongside male companions but they can also been seen hunting or hawking on their own or with other women. In a miniature from The Romance of Alexander, held in the Bodleian Library, women are depicted hunting on foot. On the left two are shown hunting hart with dogs, one with a hunting horn, the other thrusting a cross-hilted spear into a beast caught by one of her hounds. One the right another two are shown hawking, one recalls her bird with the aid of a lure, while two further hawks swoop down on a duck.

Perhaps the greatest Renaissance huntress was Diane de Poitiers, mistress of Henry II of France, who was portrayed as Diana herself, reclining on a hart with one of her favourite hounds in marble as The Diana of Anet. There are other depictions of her as the goddess in several portraits of the period.

Certeine wicked women following sathans prouocations being seduced by the illusions of diuels, beleeve and professe, that in the night times they ride abroad with Diana, the goddesse of the Pagans, or else with Herodias, with an innumerable multitude... 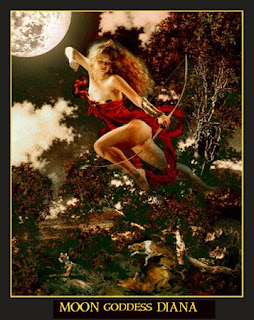 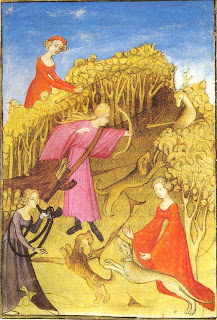 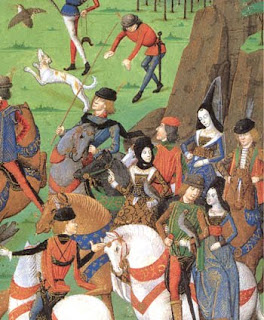 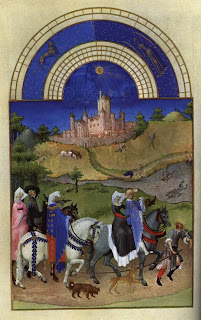 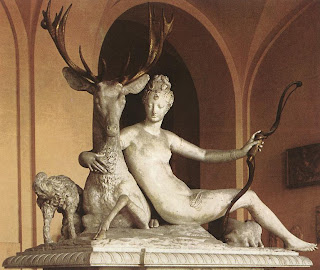