Portrait of an Assassin

Peter Voikov was born in 1888. The son of a mining engineer, he became involed in revolutionary activity at an early age, and was expelled both from grammar school and later from the St. Petersburg Mining Institute. He went into exile in Switzerland, where he graduated from the University of Geneva. On returning to Russia in August 1917 he joined the Bolsheviks, and was appointed People's Commissar for Government Supply for the Ural region in 1918, where he was known by his party code name of 'Intellectual'.

He subsequently became an important member of the Ural Soviet. He knew N. N. Ipatiev, and had visited his house in Ekaterinburg before it was selected as the final residence of the Tsar Nicholas and his family; his wife, Alexandra his son, Alexy and his four daughters, Olga, Maria, Tatiana and, my favourite, Anastasia. It seems to have been on the basis of information supplied by Voikhov that Ipatiev was summoned to the office of the Soviet at the end of April 1918 and ordered to vacate what was soon to be called 'The House of Special Purpose.'

Clearly party to the decision to murder the royal family, Voikov was given the specific task of arranging for the disposal of their remains, obtaining 150 gallons of gasoline and 400 pounds of sulphuric acid, the latter from the Ekaterinburg pharmacy. After the killings he was to declare that "The world will never know what we did with them." His role in the affair was fully investigated by the commission set up after the White Army captured Ekaterinburg from the Bolsheviks.

Voikov was appointed Soviet ambassador to Poland in 1924, and was assassinated in Warsaw in 1927 by a Russian monarchist for his part in the killing of Nicholas and his family. 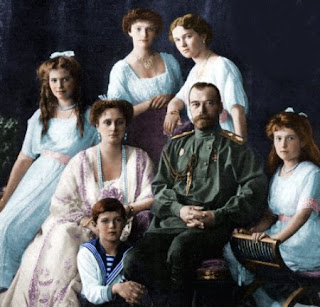 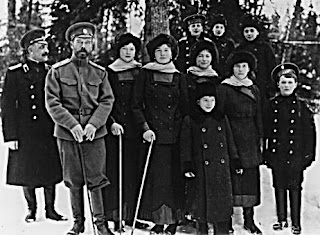 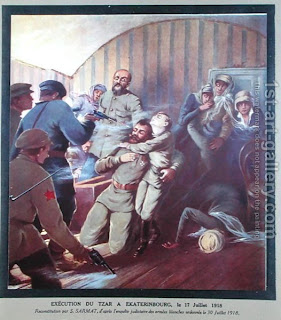 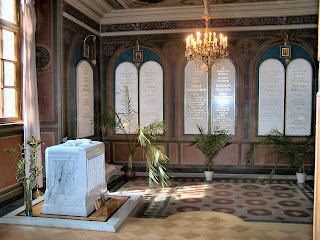