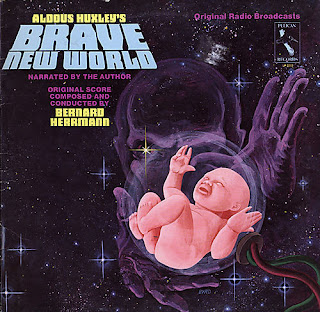 This is my contribution to a debate on one of my social networks.

Yes, this is interesting, Felicity, the sort of thing that really brings the wheels of my intellect into motion. Most questions and debates here, those questions and debates I choose to participate in at all, can be dealt with in a fairly summary fashion. I did see your submission when I was last online and decided to reflect on it for a bit. You deserve a good answer.

So, what have I come up with? Nothing terribly radical, I suppose. I said in previous discussions on eugenics and abortion that if I got pregnant and subsequently discovered through tests-a process that I would insist upon-that the foetus was abnormal, then I would have a termination, immediately and without hesitation. So, I suppose this automatically puts me in favour of forms of genetic modification before I even consider the grander horizons you set out.

Selective breeding has, indeed, been part of the human experience since the very inception of civilization. So why not take the process as far and as high as we can? After all, who would not prefer a world free of disease and disability, a world of perfect and super-intelligent people? Ah, who indeed?

So, let me think some more. In The German Ideology Karl Marx set out the terms of a perfect society, a communist society, where it would be possible to be all that one can be without being anything in particular; one could raise cattle in the morning and be a literary critic in the afternoon, without ever being defined as one thing or the other. But when one of his associates asked who would clean the toilets under communism, Marx quipped ‘You should.’ Yes, the perfect put down. Even so, the question remains unanswered: who should clean the toilets in a perfect world? In other words, who would choose such a thing?

So, there are two possibilities: the first, that genetic modification is too expensive to be afforded by each and all, and second, in a perfectly democratic world all will have such access. There is really no problem with the first: elites will continue to be elites, though perhaps some of the scions will be a little less stupid, a little less ‘degenerate’, than they have been; and, no, I’m not thinking of the divine Paris! :))

Now the second scenario is altogether more problematic, for we live in a world where Cleaners are just as necessary as Consultants. But what loving parent is going to choose the former as a destiny for their child? I imagine that any process of genetic modification would involve choosing only the best elements; intelligence, good-looks and good prospects. But a world full of Consultants would simply collapse into chaos. Some Consultants may even have to force other Consultants to be Cleaners. New and more dreadful struggles may emerge: the Cleaner Wars! Do you see the point I am making? The low and the high, the Patrician and the Plebeian, could not exist, the one without the other.

I said there were two possibilities. Well, actually, there is a third. The process of democratic modification might be ended and one of modification by determination take its place. Some of you who read this may already know what I am driving at. Yes, it’s that Brave New World set out by Aldous Huxley, published in the 1930s, describing a society, where a reproductive technology is an accepted part of life; where children are raised in hatcheries, and where an elite decide, by a process of modification and engineering, who is to be Alpha and who is to be Epsilon; who, in other words, is to be a Consultant and who is to be a Cleaner.

And in the name of Our Ford so it shall be.

O wonder!
How many goodly creatures are there here!
How beauteous mankind is!
O brave new world!
That has such people in't!
Posted by Anastasia F-B at 17:27