A Lament for Parliament 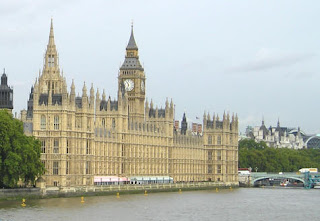 Parliament was one of the great political institutions of England, a sign, forgive me for saying so, of our native genius. Over the ages it evolved into a partnership, occasionally broken, between the monarchy and the people. It was a practical way of ensuring that taxes or ‘supply’, as it was referred to in the past, was kept at manageable levels, and only granted after certain grievances had been addressed. Increasingly as the time passed Parliament did not just grant fresh monies but adopted more of an accountancy function, ensuring that the taxes granted were properly managed and spent.

By the eighteenth century this fiscal responsibility had turned England into one of the most powerful nations on earth, fully demonstrated during the Seven Years War. Contrast with the France, sinking lower and lower, crushed under financial profligacy and a long tradition of royal mismanagement.

Though there were times when Parliament seemed to represent an entrenched oligarchy, resisting change, change came notwithstanding, by slow degrees, but without the fracture of revolution.

But now look at Parliament, look how things have changed. The decline in the institution has been rapid, not gradual, accelerating ever faster since the election of New Labour in 1997. Power is bleeding rapidly away to Brussels, now the source of much of our legislation. Blair’s botched constitutional settlement has further disempowered Parliament in Scotland and Wales without increasing its prestige or power in England. MPs used to be the best accountants in the world; now they can’t even manage their own expenses. The mediocrity of so many who sit at Westminster simply defies belief.

Before the Reform Act of 1832 Parliament represented a tiny proportion of the population; but at least it represented them and defended their interests. Now Parliament seems to represent nothing but itself. It’s turning, as Walter Bagehot might have said, into the ‘dignified’ part of the constitution, except I can see little in the way of dignity.
Posted by Anastasia F-B at 16:48