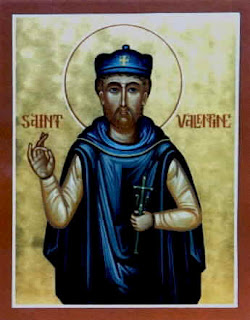 As we all know the early Christian church grafted many of its feast days on to pre-existing pagan festivals, Christmas being the chief case in point. I was told by someone, I can’t remember who, that St Valentine’s Day is actually the festival of Juno. I suppose it makes sense: after all why would a Christian martyr, of whom almost nothing is known, be associated with a pagan-like celebration of love? The matter, however, is not quite as simple as I was led to suppose.

The Romans celebrated Lupercalia in mid-February, a pastoral festival associate with purification and fertility rather than love as such. The chief deity invoked was Lupercus, sometimes identified with Faunus, the Roman equivalent to the Great God Pan. Yes, fertility and a degree of excess, as Plutarch depicts;

Lupercalia, of which many write that it was anciently celebrated by shepherds, and has also some connection with the Arcadian Lycaea. At this time many of the noble youths and of the magistrates run up and down through the city naked, for sport and laughter striking those they meet with shaggy thongs. And many women of rank also purposely get in their way, and like children at school present their hands to be struck, believing that the pregnant will thus be helped in delivery, and the barren to pregnancy.

The other festival associated with this period, and the one to which I was guided, is that of Juno Februata, during which boys are supposed to have drawn girls names from a box in honour of the Goddess. Christians then took to substituting the names of saints. But this conjecture is traceable only to The Lives of the Saints, the work of the seventeenth century hagiographer and priest, Alban Butler. It was subsequently embellished by Francis Douce in Illustrations of Shakespeare, who supplies Valentine as the favoured name. Thus was the connection established, and thus it has been maintained. It’s no more than a romantic fiction! 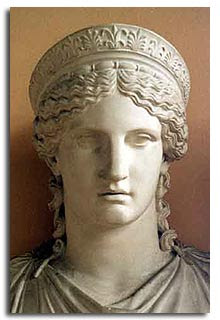