Thoughts on the White Tribe of Africa 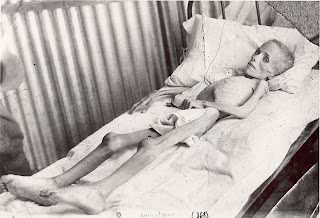 The Second Boer War, which saw the conquest of the Transvaal and the Orange Free State, left the Afrikaner community with a painful sense of victimhood, hardly surprising when one considers that some 28,000 of them died of disease and neglect in the concentration camps established by the British during the war. For a long time afterwards it was believed that this was part of a deliberate act of genocide.

The struggle itself, the heroism and sacrifice involved, took its place alongside the Great Trek and the Battle of Blood River as central myths in the Boer national epic. Having lost their political identity, the Boers placed ever greater emphasis on their culture, particularly on Afrikaans as a language distinct from Dutch, which finally achieved official recognition in 1925. It was in this, the language of the people, that Boer nationalism took its definitive shape, with more and more publications appearing on the subject of the war, particularly in the work of Gustav Preller.

By the 1930s it is possible to detect the emergence of a distinct, one might almost say tribal, identity amongst the Afrikaans-speaking peoples, transcending the divisions of class and status, comparable, perhaps, in a British context to the Unionist community in Northern Ireland. To an extent this mood was kept under a degree of control by respected leaders like Jan Smuts, who identified with the wider Imperial project, but it came to the fore with the victory of the National Party in the election of 1948, the beginning of the long rule of the white tribe of Africa
Posted by Anastasia F-B at 16:44