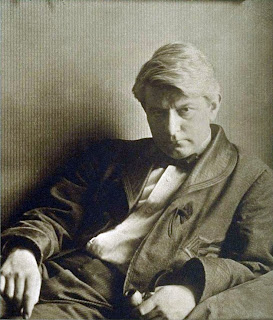 Just as in War and Peace history has its own dynamism and logic, pushing people forward in a relentless fashion, so too in Frank Norris' The Octopus rancher and railroader alike must serve the impersonal forces of supply and demand. Remember Shelgrim's words to Presley? -"Men have little to do with the whole business. Can anyone stop the wheat? Well, then, no more can I stop the road." All Presley’s radical convictions are shattered by this encounter. The next time we see him is at a railroad executive's dinner party.

If one looks for a key to Norris' thought, to understand why the great conflict ends in resolution, fatalism and acceptance, then one needs to realise just how important the work of Joseph Leconte was on his thinking. In was Leconte's view, expressed in books like Religion and Science and Evolution, Its Nature, Its Evidences and Its Relations to Religious Thought, that Divine Will was operating in nature through evolution. Science offered one perspective, religion another, but both science and religion merely sought to comprehend the will of God in the natural universe. Evil can never be considered an isolated phenomenon. Nature might break some, but only in pursuit of the greater good. So it is that Norris, Leconte's former student, is able to write at the end of "The Octopus":

...the individual suffers, but the race goes on. Annixer dies, but in a far distant corner of the world a thousand lives are saved. The larger view always comes through all shams, all wicked-nesses, discovers the Truth that will, in the end, prevail, and all things, surely, inevitably, resistlessly work together for that good.

So it is with Norris as it is with Tolstoy; people are carried forward by History, by Destiny, by God, by Fate by Nature or by what you will. 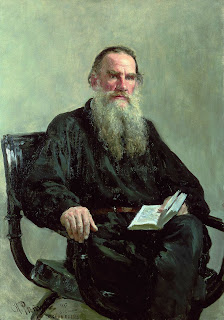