Vichy and the Jews 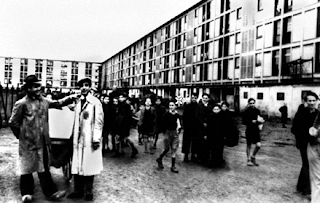 There was a strong ideological underpinning to anti-Semitism in wartime France, going back to the Dreyfus Affair and before. Even so, the conduct of the Vichy state cannot be explained simply by reference to a pre-history of a prejudice, nor, indeed, by the presence of German troops on French soil. This question raises a complex set of issues, but let me simplify it to this: the action of the Petain government in relation to the Jews was conditioned, more than anything else, by a determination to preserve French autonomy and freedom of action, paradoxical as it sounds. For example, the first Jewish Statute of October 1940 owed nothing whatsoever to German pressure. More than this, when the Germans started to adopt their own policy in the Occupied Zone Vichy followed closely on, not because it 'feared' for its own people, but because of concerns over the disunity of France, over divergence between the free and the occupied zones.

Remember too that Vichy claimed authority, or attempted to claim authority, over all of France, not just the south. Admiral Darlan, Prime Minister of France from December 1940 to April 1942, created the Commissariat-General for Jewish Affairs in March 1941 entirely on his own initiative, for the simple reason that he wanted to pre-empt a German plan to set up their own agency, operating in the north alone. Also the General Union of the Israelites of France, a Jewish umbrella organisation on the lines of the Eastern European Judenräte, was established by Vichy in November 1941 solely to steal a march on the Germans. This attempt to keep up with the Germans, to ensure policy that applied to the whole and not the part, meant that anti-Semitism moved in an ever more radical spiral. But it was urged on by men like Pierre Laval, who replaced Darlan as Prime Minister in April 1942, and René Bousquet, who had responsibility for the police, men who were not ideologically anti-Semitic, for political and organisational reasons; for reasons, in other words, of national prestige and autonomy. This does nothing to lessen the moral turpitude involved in a policy that ensured greater safety for French Jews in areas under the control of the Italian Fascists, areas where they were safe from their own police.
Posted by Anastasia F-B at 17:17